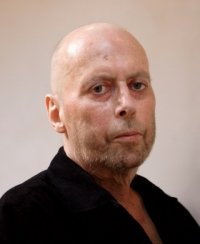 An infant and a corpse. They are the most common images of Christ ― the baby in the manger or his mother’s arms, the dead man on the cross ― and they offer a final refutation and a last hope for Christopher Hitchens for all time.

Hitchens, the great pugilist pundit, died a little over a week ago, and he went out with a beautiful flourish. His last essay, “Trial of the Will” in the new Vanity Fair, does what every writer dreams a last essay will do: It distills his worldview, attaches it to the moment, and leaves it as a last testimony.

It’s the last contrarian stand of a man who spent his life being contrary ― most famously in his polemical, pointed, angry book God Is Not Great: How Religion Poisons Everything, which he used as a launching pad for a twilight career as an atheist debater.

In “Trial of the Will,” Hitchens looks at the maxim “Whatever doesn’t kill me makes me stronger” and explains in brutal detail the maladies that have disproven it. He tells us how Friedrich Nietzsche (to whom the phrase is most often attributed) descended into dementia before dying painfully. He recounts how Kingsley Amis angrily begged to be killed on his death bed. Hitchens, in the throes of esophageal cancer, adds that he himself is suffering terribly as he dies.

Some things don’t make us stronger, but weaker, he says. Some things break us, and leave us without our dignity. He offers the most extreme examples of human weakness: dementia, which leaves us human shells of ourselves; or intolerable, unstoppable pain; or the helplessness of the dying.

But these are precisely the qualities of infancy. Babies can’t put two thoughts together. Babies cannot tolerate pain. Babies can do nothing for themselves but cry. The newborn baby has the mental ability of an Alzheimer’s sufferer, the helplessness of a comatose person.

Yet this is the great mystery of Christmas: Not that God became a man, but that he became a baby.

“For a child is born to us, a son is given to us; upon his shoulder dominion rests,” prophesied Isaiah. “They name him Wonder-Counselor, God-Hero, Father-Forever, Prince of Peace.”

How can a helpless, trembling infant who is unable to think straight be the “God-Hero”? Because of the power of presence and love.

We all know the strength of presence and love. At night in our homes, being alone makes us afraid. Having a loved one there ― any loved one ― gives us courage. In our families, being in the presence of love, by a fire or by a Christmas tree, is enough to fill us with a deep joy that no entertainment can match.

It is even greater still to be in the presence of the God who loves. God’s ultimate explanation of who he is in the Old Testament is “I AM.” In the New Testament, it is “God is love.” God is, and God loves. And that is enough. Christ in the manger shows the bedrock principle of his strength: To be with us and to love us was all he needed to do to inspire two millennia of joyous, raucous Christmas celebrations.

Christ in the manger is an icon of weakness and the epitome of strength. The same can be said of the crucifix. Christopher Hitchens could have learned from both.

In God Is Not Great: How Religion Poisons Everything, he complains that religious people have been atrocious throughout time.

But look at the crucifix. God not only knows that his own religious people can be atrocious hypocrites, in the most common image of himself he is the ultimate victim of religious hypocrisy. Betrayed, denied and abandoned by his apostles and condemned by his high priests, he hangs there, in houses and churches and classrooms and hospital rooms around the world.

“Religion Kills,” says Hitchens, being clever. But then the corpse of Christ says it right back to him from the cross. Hitchens in his book scoffs that yes, if he were approached in the middle of the night by men leaving prayer meetings in many parts of the world, he would be afraid. Christ answers, “Me too. They arranged my death after prayer meetings.”

But Christ the infant, and Christ the risen, adds that while it is true religious people often make an ugly mess of their attempts to reach God, our God still tries to reach us.

Hitchens is right that our helplessness and inevitable death are frightening. But he is wrong that there no God to transform our “Trial of the Will.”

I will never forget what my mother said to me a few days before she died. Well, “said” isn’t the right word. With as much movement as her deteriorated condition still allowed her, she typed it into the electronic device that had become her only voice. “Why do you smile all the time?” I asked her. “Whining is a bad exit strategy,” she answered through her machine.

She was a follower of the Jesus who could not talk or walk or rest, the Jesus of the manger and the cross. The Jesus who silently teaches us that pain, death and rejection makes us like God, and that helplessness is his, now too.

I have always respected Christopher Hitchens for his honesty. I have written that I believe Christians owe him a debt of gratitude for provoking in so many people a hunger for real wisdom and a rejection of easy answers. It’s true: That is the attitude that is at the heart of the beatitudes.

And this Christmas, I pray that Hitchens is somewhere where he can see that Christ the infant and Christ the corpse is the wisdom he was looking for.