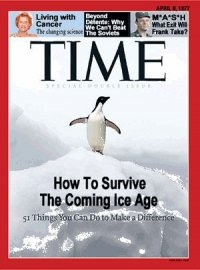 In the editorial introducing Father Robert Spitzer’s Gregorian presentation on the “New Proofs for the Existence” of God, I wrote that it wasn’t such a bad thing that “argumentative atheism” is making a comeback. When people talk about God, belief wins. It is easy to be a quiet atheist — but much harder to remain an atheist when you have to actually defend your position.

This myth is akin to its converse: the myth that believers are more logical than atheists.

Most religious people are believers not because they underwent a rigorous exploration of philosophical syllogisms, but because that was the way they were raised, or because they had a personal encounter with Christ, or with one of his proxies: beauty, truth and goodness.

In the same way, the reasons people become atheists are rarely reducible to logic. Rather, a number of experiences, observations and emotional states together pushed them toward unbelief. The idea that there is an almighty God is terrifying to many people. Rather than be in the power of such a being, they flee him. Others, perhaps, have been so wounded by believers that they reject their beliefs and not just their behavior.

I hate to be the one to break it to you, but human beings are … human beings. We are subject to all kinds of influences and manipulations. But we also have brains, and the ability to find and know true things. So however we got to wherever we are in belief, we need to challenge our beliefs with logic.

Which brings us to …

Myth 2: The burden of proof is on the religious.

Anthony Flew, the prominent atheist who recently converted to a position of belief in “the God of Aristotle” said that the default position of mankind should be belief, since, after all, the universe and its complicated laws exist, and you have to deny the obvious to say that there is no creator. Flew saw three irrefutable proofs that there must be a god: the laws of nature, the existence of life with its singular organization, and the existence of the universe.

Or, as I described it in the other article, we have stumbled on a house in the woods with a fully stocked pantry, a TV that gets CNN, and roads leading to and away from it. Believers look at it and say “Someone created this.” If an atheist wants to argue instead that this well-ordered, well-situated, cable-ready house was randomly created by a combination of a landslide, lightning and strong winds, I would say the burden of proof is on the atheist, not me.

There is a widespread assumption that somehow the progress of science has challenged, or will challenge, the need to believe in God.

But how could it?

My children understand this. I tell them: Imagine if human beings were the size of microbes and lived on a tuna noodle casserole. Imagine we became so scientifically advanced, we could identify all the different constituent parts of the casserole we live on: the canned tuna, the elbow noodles, the pre-grated mild cheddar cheese. We might even build rockets and start to explore the vast kitchen outside the casserole.

It seems to me that the more we discovered, the more obvious it would be that there was a Cook who made our casserole. And it would be ridiculous for us to claim that, the better we know the ingredients and kitchen, the less we need to say there was a cook.

As Vienna Cardinal Christoph Schonborn put it in The Gregorian, “I have never met any scientific discovery that has made my faith shrink. I always have been comforted in my faith through scientific discoveries. To believe that all this is mere chance, randomness, is stupid. It’s irrational.”

Myth 4: Science alone is a reliable and sufficient guide for us.

There is a common assumption nowadays that scientific proof is the sine qua non of truth. If science says it, then it must be true!

In fact, if you look at the history of science, you don’t see the history of an infallible voice telling us about the world. You see an investigation method slowly but surely widening our understanding of the universe, but only through trial and error.

Sometimes grave error. Science is an instrument for fact-finding, but one that has been wrong about fundamental things at every point in its history. Theories of spontaneous generation seemed entirely reasonable at the dawn of science. Paul Ehrlich’s theories expecting mass famine due to overpopulation seemed plausible at the beginning of the 1960s. Those of us who were alive in the 1970s remember the brouhaha about the coming global ice age.

What theories of today will prove just as false? Scientific knowledge at any stage of its history is merely tentative, and new discoveries are continually refining or discarding previous hypotheses and theories.

What we need is a truth outside science that can keep it in perspective.

As Pope Benedict XVI put it:  “Science has opened up major dimensions of reason that previously had not been accessible and [which] have thereby provided us with new knowledge. But in its joy over the greatness of its discoveries, it tends to confiscate dimensions of our reason that we still need. Its findings lead to questions that reach beyond its methodological principles and cannot be answered within science itself.”

Myth 5: Religion and science are incompatible.

Often, fans of this myth will cite Galileo as proof that religion and science are opponents in a contest that too often becomes a death match.

The Galileo incident is actually a good example of the real relationship between science and religion. Galileo’s theory that the earth travels around the sun and not vice versa was not unique to Galileo. Others held it, and the Church didn’t suppress the idea.

The moral of the story? Real religion and honest science are certainly compatible: Religious people and scientists, however, sometimes fail to be.

Undoubtedly, far too many religious people have been violent and intolerant. But if you look at the facts about such notorious incidents as the Inquisition and the witch hunts, you’ll find that the crimes of the Church have been greatly exaggerated. (The BBC did a documentary on the Spanish Inquisition in 1994 http://www.catholiceducation.org/articles/history/world/wh0008.html and found to their surprise that reality was quite different from the myth.)

Those are my six myths. Click here to read my commentary on an atheist’s list of 10 “myths” about atheists. What to make of all this?

Catholics should be aware of the threats to faith posed by the resurgence of atheism, but we don’t need to be afraid of them. The Church has faced far fiercer and cleverer opponents for more than 2,000 years, and we’re still here to tell the tale.

How are we able to come out ahead so consistently?

It’s because there really is a God.