Universities and Secularism, Points of Engagement: The Mission of Benedictine College 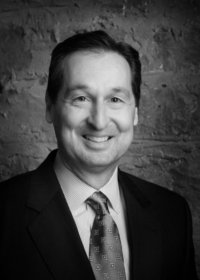 Thank you so much asking me to be here today. I’m honored to address this important group on this important topic. And I’m humbled to be with this distinguished panel. This is a fantastic conference and one that needs to be held in today’s world. Very important topics in a critical time in our history are being discussed today, and I hope action will take place after we leave.

We were founded in 1858; just a little bit more than 50 years from the time Lewis and Clark first set eyes on Atchison, Kansas. They landed there in 1804 and had a July 4th celebration in Atchison on their trek to the west. The monks who founded the college where a tough bunch. To found a college on the border of Missouri and Kansas two years before the Civil War took a lot of courage.
To put our longevity in perspective, 80 percent of the colleges founded before the Civil War no longer exist and of the 250 Catholic colleges in America there are only 17 that are as old as we are. In fact Benedictine College has been around for so long that the Chicago Cubs have actually won a World Series since we were founded. So we’ve stood the test of time.
But there is no question that today, in our time, the College has never experienced more success and the future has never looked brighter for the College.

Since the year 2000, our enrollment has doubled from around 800 students to 1,630 full time undergraduates. This past year we enrolled the largest freshman class and the largest enrollment in our history.

We just broke ground on our eighth new residence hall since 2000. In addition to that, since the turn of the century, we built a football stadium, a soccer stadium; we’ve put turf on both our soccer stadium and football stadium, making us one of only a hand full of schools in the entire country to have turf on both a football field and a separate soccer field. We have renovated every dorm room on campus; we’ve renovated every classroom on campus. Next semester we will open a new $21 million academic center. This building will be the capstone of a $50 million campaign that allowed us to build this new center; a Grotto; increase our endowment and increase our annual fund. For us, to embark on this campaign was a leap of faith since it was four times larger than anything we had attempted before and many people told us it couldn’t be done.

Yet at the end of this campaign, in December, we will have raised well over $60 million, beating our goal by more than 30%.

We have begun receiving national recognition as well. U.S. News and World Report lists us as one of America’s best colleges; the Cardinal Newman Society lists us as one of America’s best Catholic colleges; and First Things magazine after their exhaustive review of American colleges and universities, created a top 25 list. On that list was the University of Chicago, Baylor, Princeton, Stanford, Notre Dame, Duke, Virginia and in the top 25 of that list was Benedictine College. They also listed us as one of the top five Catholic colleges and universities in the country.

Through all this we have adopted the motto “Forward, always forward, everywhere forward.” This is a quote from Abbot Boniface Wimmer who changed the face of Catholicism in the 19th century by sending monks out across America to found abbeys and parishes. Fom his arch-abbey in Pennsylvania he founded 10 Benedictine abbeys including St. Benedict’s Abbey in Atchison, Kansas, and 152 parishes while he was alive. He always said “Forward, always forward, everywhere forward we must not be held back by debts, bad years, or difficult times. Man’s adversity is God’s opportunity.” So we at Benedictine College have adopted that motto and that charism of forward always forward. We constantly push ourselves to do greater things.

However our motto and our attitude always reminds me of a story I once heard about John Wooden, the famed UCLA basketball coach, one of the greatest coaches in the history of sports who recently passed away. I was told this story by Lucius Allen. Many of you may remember Lucius Allen; he was a guard from Wyandotte High school in Kansas City, Kansas and when he was a senior probably the second best high school player in the county, the first being Lew Alcindor, Jr., Kareem Abdul Jabbar.

Lucius Allen signed with UCLA and he was excited about the first practice because he figured “Well, this old man will probably just take a bunch of basketballs and roll them out onto the court and we can just go up and play, and run up and down the court all day and have some fun.” So he gets ready for his first practice. He walks to the first practice and he’s all ready to go and all excited.

Over time, of course, Lucius and his teammates did learn how to run the UCLA press and also to push the ball up the court. But I use that story to illustrate that much like UCLA basketball under John Wooden, Benedictine College is. Even though we are building buildings and moving forward and have already surpassed our largest campaign goal in the history of our College, even though we are moving “forward, always forward,” we are doing this through our fundamentals, through our foundation, through our mission.

A lot of people have asked me, what is the secret of Benedictine College? What is going on there? What’s your secret to success? My answer is simple.

Some people claim that it’s hard to live by your mission, that there’s so much room for interpretation (especially when it comes to being truly Catholic), or that our pillars can’t really unite our organization. But from my perspective, it’s really pretty simple.

We’re a Catholic college. We make no bones about it. We believe that if we’re going to tell people we are Catholic we are going to mean it. There’s no great mystery here.

Twenty years ago, Pope John Paul II issued Ex Corde Ecclesiae, an Encyclical on Catholic higher education. Ten years after that, the United States Bishop issued its rules or norms ― basically a blueprint ― on how to do this. Blessed John Paul II always reminded us that there are no coincidences with God. Therefore there is no coincidence that our growth, our success, is tied directly to our embrace of Ex Corde Ecclesiae and the U.S. Bishops’ norms that came out 10 years ago.

I have always put this in the “duh” category.

However, not many people agree with me on this. In fact, of the 250 Catholic colleges in America there’s only about 20 of us whose entire Theology department has provided the mandatum to the local Bishop. We are proud to do that.

Other Catholic colleges and universities will claim that this is a breach of their academic freedom to be required to have a mandatum. Therefore entire Catholic colleges’ and universities’ theology departments have ignored the Bishops’ directives and have not signed the mandatum, or have not publicly stated that they have signed the mandatum, claiming that they have a right of academic freedom to do this.

Now I‘ve got to tell you that I believe that this argument about academic freedom is spurious. Let me give you an example. At Benedictine College we have an education department, a very good one. We are supplying the teachers for many Catholic grade schools and high schools in the country and we are very proud of our Education Department. The State of Kansas has indicated to us if we want to have an education department, and if we want our teachers to be certified as teachers in the State of Kansas, then we must do A, B, C, and D. In fact, they even tell us what we have to teach in our physics classes and some of our science classes to our future teachers if we want to be certified in the State of Kansas. And you know what we do? We do A, B, C, and D. And we have no one on our faculty who claims that this is an infringement upon their academic freedom.

Our theology faculty receive the mandatum from the Archbishop or they don’t teach theology. I take an oath of fidelity to the Church, or I don’t run the college. We follow the guidelines the Church has given us. It’s just that simple. It’s not an academic freedom question or a “separation of church and state” issue; it’s just plain, basic, old-fashioned truth in advertising.

In order to be a Benedictine college, you need to follow the wisdom of the Rule of St. Benedict. Since this is the oldest organizational constitution in the world still in use today, it makes a lot of sense to draw on lessons that have stood the test of time. So we do that. We have studied the rule and drawn up our 10 key organizational values, which we hand out to every new employee, post in every classroom and public space on campus, and which we use to guide our basic decisions.

In order to be a liberal arts college, you need to have a strong core curriculum that ensures that all students are exposed to the great achievements of thought and culture, regardless of their major. So we do that. In addition to a “traditional” liberal arts core, all of our students also have to take three courses in theology and three in philosophy, to make sure they have a great framework of values to support their major courses.

In order to be a residential college, you need a certain percentage of students living on campus, and you need to have an intentional formation program. So we do that — 80% of our students live on campus, and we have a dynamic student life program that helps them all achieve their potential inside and outside the classroom.

These are the pillars which support our mission to educate our young people within a community of faith and scholarship. This is our key, our foundation, our blueprint for success.

Everything, including our new strategic plan, which we fashioned from Baylor 2012’s and Houston Baptist’s plans, points to this. In fact, our definition of academic excellence is the education of men and women within a community of faith and scholarship.

So Academic excellence does not begin and end at the classroom door — it happens in the cafeteria, in the residence halls, on the athletic fields; on the sidewalks. We believe there needs to be an integrated approach to education and academic excellence demands this from us.

Thank you again for inviting me. God bless you.