A Crash Course in the New Evangelization 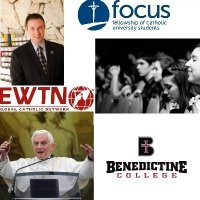 By Marc Cardaronella | Marc Cardaronella is a Director of Religious Education in Champaign, IL. A former Naval Aviator, he left the military for less thrilling but infinitely more satisfying work within the Church. Marc specializes in RCIA team training, catechist formation, and adult education. You can find Marc online at his blog, Evangelizing Catechesis (http://marccardaronella.com).

Let’s take a moment to acquaint or refresh ourselves on the New Evangelization.  Consider this a crash course.

Why do we need a New Evangelization?

Basically, there isn’t one.

Just look around. One out of every 10 Americans is a former Catholic. The majority left because they stopped believing in Church teachings.  I’d say we’re not doing something right.

So what’s new about this New Evangelization?

The New Evangelization is for people like me (and you?)

The New Evangelization is for people like me—or at least who I used to be.

I grew up in South Louisiana where there’s a lot of “cultural Catholicism.” Growing up, I went to CCD and did all the things I was supposed to do, but it never really did sink in. My family wasn’t really into Church, either, so it wasn’t reinforced at home. As soon as I had the chance to drop Catholicism, I did.

I guess I’m like the poster boy for why we need a new evangelization. I learned what the Church believed, but not to believe. I learned to say prayers, but not to pray. I learned about God’s love, but not how to love.

Now, only later in life, do I realize what I missed all those years.  Are you in the same boat?

On a whole, we’re not doing the job of teaching our most fundamental truths in a way that people will believe them, take them to heart, and live them.

Would things have been different for me if my catechesis growing up had been evangelizing?

New Evangelization Catechesis is not about information, but change

Most religious education in CCD and in schools is about information. We succeed in teaching the doctrines of the Faith, but that’s not the end–that’s the means to the end. In On Catechesis in Our Time, Blessed John Paul II once wrote, “Catechesis aims therefore at developing understanding of the mystery of Christ in the light of God’s word, so that the whole of a person’s humanity is impregnated by that word. Changed by the working of grace into a new creature, the Christian thus sets himself to follow Christ and learns more and more within the Church to think like Him…”  The knowledge of doctrine really must be oriented toward a change of life where a person increasingly takes on the mind of Christ. It’s not about the knowledge, it’s about the change.  I’m afraid too much of our catechesis is about knowing the meaning of words instead of what it means to follow the Word.

The New Evangelization is about re-evangelizing

In an address to the bishops of Latin America and Haiti in 1983, John Paul II said, “Look to the future with commitment to a New Evangelization, one that is new in its ardour [sic], new in its methods, and new in its means of expression.”

It is the “new” part that interests me! We can’t keep doing things that don’t work and expect things to change.

However, we also don’t have to go looking for some “silver bullet” or radical breakthrough that’s never been seen before.  John Paul II also wrote, “It is not therefore a matter of inventing a ‘new program.’ The program already exists: it is the plan found in the Gospel and the living Tradition, it is the same as ever. Ultimately, is has its center in Christ himself, who is to be known, loved and imitated” (Novo Millennio Ineunte).

Our traditions are ripe with effective methods for leading people to holiness. The Church’s various school’s of spirituality are ancient, but just as effective as ever. The problem is, these traditions aren’t widely known.  I think we need to discover them anew and put them into practice.

The Bishops will give us direction

So, the New Evangelization will be focused on reinvigorating the Christian West. The Synod is specifically about transmitting the Faith in a way that will do that.  That’s why I’m very interested in what the bishops have to say in a couple of months. Really, everyone involved in Catholic ministry should be as well. Hopefully, this will give us marching orders and a structure on how to proceed.  For a long time we’ve heard we need a New Evangelization. Now, our Bishops are going to address some fundamental questions about it. What steps do we take? What do we say? How do we share the gospel effectively from a Catholic perspective?

Tune in with me next October and we’ll find out!