A Lady of Parts 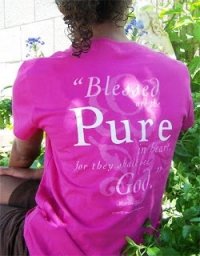 Reflections on an Ovarian Feminism

Feminism has had a history making role in the great American experiment. Our foremothers endured hardship, tamed the wilderness, bore children, bore burdens, and occasionally bore arms. They lobbied for everything from independence to suffrage. My mother’s generation broke down workplace barriers; the force of their competence shattered even the infamous glass ceiling. They endured defeat, disappointment and fruitless victory. It’s the latter that is brought to mind by recent political happenings.

The current presidential election is a tight race. Any neck-and-neck national race brings out the “special interests” — though what’s special about the current crop is their turgid and inoperable irrelevance. Among the aging acts in this political circus is the women’s lobby. Our sisters-in-arms are struggling nobly on behalf of our embattled interests—proving their mettle as crack troops, our defensive line in the “war on women”.

It’s no news to this daughter of American feminism that the fight isn’t over. But what are our most embattled interests? Which of our rights and responsibilities is under greatest threat? Our jobs? Our children? Our suffrage? Our right to bear clutch-purse sized arms? Now ladies, don’t get distracted by mundane trivia. Modern feminist leaders aren’t resting on their mother’s laurels. Their tireless efforts have exposed the latest threat to women’s liberation; forget life and liberty, this is about “lady parts”.

“Vote like your lady parts depend on it,” read the controversial e-card posted on the Obama campaign website.[1] The e-card was speedily deleted, but not before its viral spread provoked a storm of blogger criticism. The vote your lady parts e-card now joins the cringe-worthy vote-like-a-virgin YouTube ad (Lena Dunham: Your First Time)[2] as the most pathetic and prurient contributions to political rhetoric ever to darken the heart of a contemporary feminist.

Modern feminism’s unshakable alliance with the political left has resulted in a national voice for women whose notion of rights begin and end with reproduction. All women’s interests, passions and powers have been successfully reduced to a focus on our biological function.

As one feminist bloggers puts it, “There is a War on Women. Join Lady Parts Justice and Fight Back”. (Lizz Winstead explains: “Since 2011 there have been hundreds of creepy laws passed that strip away a woman’s right to privacy and access to healthcare. For the sake of your lady parts, vote this November.”) Her feminist credentials: one of many women who “dare to speak the language of truth”. I’m proud of my feminist credentials, but it was news to this feminist that the language of truth was Ovarian.

Is this really the best we can do? Who would have thought that ‘V-Power’ could devolve into something so Victorian?

Our foremothers fought long and hard for respect, for equal pay, for political suffrage. We have the vote; now is the time for the country to hear our voice. Our representatives are ready, our demands will ring out from the world’s greatest democratic rostrum… just give them a minute to mic up their lady parts.