After the Fortnight, Freedom Fight Goes On 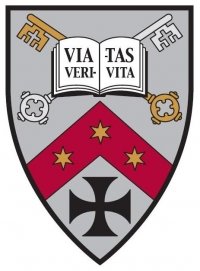 Click here for all Fortnight for Freedom posts. These include:

Day 6: Put an Image of Our Lady of Guadalupe in Your Church

Day 8: It’s Our Government, Not the Court’s

Religious freedom is under attack in America in several ways. Iconic of them is the Health and Human Services mandate: The administration’s proposal to force all health insurance plans to cover contraception is the most recent effort to tell Catholics and other Christians: You must either violate your conscience, or stay out of public life.

Benedictine College has been fighting the mandate for a long time. The three principal officers of the college — the president, dean and chief financial officer — all submitted testimony to the U.S. Department of Health and Human Services protesting this regulation in September, 2011, along with many other administrators and faculty. Benedictine College was one 18 colleges that joined with the Cardinal Newman Society in a joint appeal.

When the Obama administration went ahead with the mandate despite all the protest, every single one of America’s bishops publicly protested. Several Catholic organizations sued. Others, such as Benedictine College, had taken steps to grandfather themselves out of the new mandates (for now) and didn’t have standing to sue. We opposed the new mandate anyway.

But the most effective thing we have done is launch a national Memorare Army.

We have members of the Memorare Army praying for religious liberty in all 50 states, and in six countries.

Most recently, despite being closed for the summer, Benedictine College sent 100 people to the Rally for Religious Freedom organized by the Kansas Bishops.  Archbishop Naumann wore a Benedictine College cap to the rally and said, “My other hat is a miter.” Gregorian Fellows director Dr. Joe Wurtz organized the bus trip. Tom Hoopes provided live posts from the rally which we collected here.

Higher education is the perfect place to promote Catholic identity, and the Gregorian Institute has been busy doing so in four ways:

Celebrate Catholic identity in public life, in our American Catholic Hall of Fame. The national Knights of Columbus featured our initiative in which leading Catholics vote for the greatest Catholics in various walks of life.

Train gifted students to be leaders who bring their Catholic identity to bear in the public square. Our Gregorian Fellows study enduring Catholic and classical wisdom alongside contemporary leadership principles and meet with today’s Catholic leaders.

Equip leaders of today to live their Catholic identity in a robust way in every walk of life through the Gregorian Speech Digest and weblog. Future editions of The Gregorian will bring you speeches by Barbara Nicolosi, who brings Catholic truths to Hollywood, and Sister Joseph Andrew Bogdanowicz, who was featured on “Oprah.”

We have already seen the power of this approach to change hearts. Thank you for supporting the Gregorian Institute in its important work.