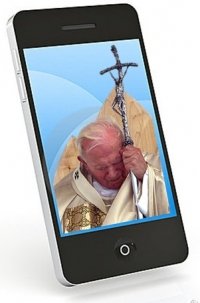 Benedictine College hosted the Symposium for Advancing the New Evangelization.

The Institute for Missionary Activity at Benedictine College, Kansas, had a great symposium Friday and Saturday. Barbara Nicolosi Harrington, founder of Act One: Writing for Hollywood and a screenwriter whose most recent project is Mary, Mother of the Christ,  wondered if the overwhelming response she got at Benedictine College was just because Kansans are so nice. I told her Yes, it was. But it was also something more.

She made a big impact on campus, and at Mass this morning people were still talking about it, and asking for links. So, here are some onf what came up in Friday’ night’s discussion …

Church of the Masses is Barbara Nicolosi’s blog, it includes her list “It’s not all Garbage” in the right-hand column … scroll down to find it.

As I said in my introduction, Barbara Nicolosi’s thought has helped shape my own approach to media, professionally and personally, for more than a decade. Here are the articles I mentioned, and two others I wanted to mention, and one more that she mentioned:

Will Merely Pious Movies Reach Them?

Kids Have the Right to Be Rightly Disturbed

Beauty Will Save the World

Easy Things the Church Can Do to Save the Culture

And, one Barbara mentioned: