Do You Believe Us Now, America? 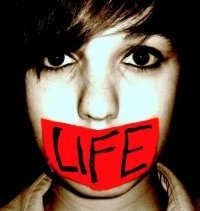 The pro-life movement has long argued the inextricable link between the right to life and the other two rights affirmed in our Declaration of Independence.  There is a reason, we have argued, the Founding Fathers intentionally wed “life” to “liberty” and “the pursuit of happiness.”

Everyone from the U.S. Conference of Catholic Bishops and other religious leaders to USA Today  recognizes that the contraceptive mandates handed down by the Obama administration represent a clear and present danger to liberty—religious or otherwise.  As the Wall Street Journal reported:

The decision has roused the Catholic bishops from their health-care naiveté, but they’ve been joined by people of all faiths and even no faith, as it becomes clear that their own deepest moral beliefs may be thrown over eventually…

Amid the turmoil of the HHS contraceptive mandate controversy, Americans should not miss out on this profoundly teachable moment—and respond accordingly.  The lesson is that he or she who denies the right to life will eventually seek to deny the right to liberty as well.

The pro-life movement has been sounding this alarm for years.  Unfortunately, we now have undeniable evidence that we are right.

Do you believe us now, America?