Double Down on Pro-Life 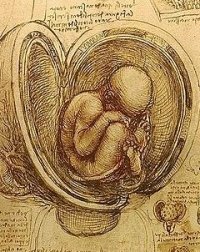 Pro-life gains were one of the (faintly) bright spots of 2012 politics — and one lesson from the election is that if the Republican Party has a future, it will have to own and honor the pro-life issue.

But in this promising pro-life year, Mitt Romney only mentioned social issues when pushed — and then, his main concern was to point out the cases where he rejects the right to life, not to denounce the abortion extremism of his opponent.

“Romney perfected the neat trick of abandoning social conservatives while pretending not to, in two easy steps,” said Peter Wolfgang of the Family Institute of Connecticut. “Step 1) Perfunctory support for our issues by, say, signing the pledges of NOM and the Susan B. Anthony List; and Step 2) Ignore those issues completely while campaigning.”

After Election Day, some have added a third step: Blame social conservatives for losing.

This time the blame centers around the rape comments of Todd Akin and Richard Mourdock. One of the biggest self-inflicted wounds of the election was the Republican “throw them under the bus” response to those comments.

The right answer for Republicans to make was: “The candidate apologized for his insensitivity. When will his opponent apologize for being so insensitive to the right to life and to taxpayers who don’t want to pay for abortions?”

Instead, the party seemed to say, “Yeah, you’re right: These pro-lifers are nuts.”

Memo to the GOP: That turned us off. So did the way Romney summed up the right to life in the first debate: “That means the military, second to none.” Huh?

“Here’s a theory,” said Wolfgang. “Remember when Karl Rove said millions of evangelicals didn’t vote in 2000 and he managed to activate them in 2004? I think the missing 3 million in 2012 are the same people. So the moderate mandarins of the GOP who want to see what an election looks like without those darn social conservatives have already gotten their wish. It looks like 2012.”

But apart from the sheer electoral power of the pro-life issue is its immense moral force. We worry about terrible things in the offing: America is being fundamentally transformed.

I would argue that abortion, and its growing unpopularity, is the Achilles Heel of this attempt to transform America. Abortion has a very weak hold on its supporters. They know it’s wrong, and more and more are breaking the spell and walking away. Doing that changes them.  I counted the ways here:

To these I would add two more more.

First, becoming pro-life teaches people that rights don’t come from the state, but from somewhere above the state, and that the government exists to protect those rights. In order to kill that child you have to decide that the state can give you permission to treat humanity in a way you know is wrong. When you become pro-life, your universe gets put back in order.

Second, becoming pro-life teaches you that people have duties and responsibilities, not just rights. In order to be for abortion, you have to allow your “right to choose” to win out against another person’s “right to life”, you have to make “what I am owed” greater than “what I owe.” To become pro-life is to discover that we live not just for ourselves, but for others.

So it is time to double down on pro-life. We know how to change public opinion on abortion. We have been doing it for years: Telling the stories of wounded women, sharing the pictures of unborn infants and offering help that unwed mothers need.

Let’s do more of that. We may be surprised when we change more than just the abortion debate.