Election 2012 in Eternal and Temporal Perspective 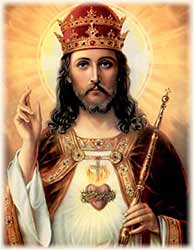 The end of the Church year with the Feast of Christ the King should remind us all that when the final chapter is read we all know that ultimately Christ ill reign and all earthly rulers shall bow before Him.  As Scripture in over three hundred places and Pope John Paul II remind us…”be not afraid.”  Still there are lessons to be learned from Election 2012:

President Obama, for example did not close his Chicago offices (68 of them) after his victory in 2008.

The president’s efforts to raise taxes on the upper brackets involves use of many of the same tactics today, after the election, of targeting members of the House and Senate who oppose the policy as were used against candidate Romney in 2012.  Political Scientist George Edwards described this approach in a book titled The Permanent Campaign in which he described George W. Bush continuing campaign tactics after the election to sell things like changes to Medicare Pharmaceutical re-imbursement legislation. We who are concerned about Life issues and Freedom to take our Faith into the Public Square must be prepared for the unending campaign.

Still, a major part of the Catholic community, Hispanic voters voted 71% in favor of the President who questioned those values, ended up voting for those who supported the redefinition of marriage, and imposed onerous burdens on the religious freedom of Catholic institutions and individual faithful employers who happened to be Catholic.  This should not be a surprise since a similar pattern emerged long ago which demonstrated that the mostly evangelical and Pentecostal  African American votes voted 90%+ on a regular basis for candidates who accepted the role of government as a protector of Planned Parenthood in it assault on the unborn as a price for being in a coalition that supports entitlement programs and promises of immigration reform.

The Vote when examined in the light of the exit polls and other post election data demonstrate that contrary to the criticisms leveled at “many priests” and “the bishops,” the efforts of the US Catholic bishops bore a bountiful harvest (58% of Church attending Catholics voted for the candidate who opposed the “intrinsic evils” the Church preaces against.  The point to note from those polls, though was the fact that the “Catholic vote” as a percentage of the popular vote was down 1% from 2008.  We all need to ask ourselves if we invited members of our family or community organizations to go with us to register or vote.  One of the keys to the Obama re-election effort was increasing the GOTV (Get Out The Vote) effort in union households, feminist groups, and both the African American and Hispanic communities with a massive door-to-door and robo-call barrage.  The advantage of incumbency seems to be growing since the 1990s.  The Courts and the Elections of 2014 could provide yet another opportunity to blunt the assaults on Catholic moral values.

FDR, JFK, and even John Kerry had comparable or greater personal wealth than Romney.  Each was born with the proverbial silver spoon is his mouth.  Their family roots were not working class.  None came from a generation of immigrants.  Still, the $1.3B spent by the winning candidate in the recent presidential campaign was aimed at key “battleground” states and painted Romney rich, and as uncaring.  An incumbent president does not need to spread his money  out across a primary season since he rarely if ever has opposition in his own party’s primaries and caucuses.  So he has time to organize and target his opponent with bucks to spare.  Has anyone noticed that despite the issues, since George HW Bush, incumbent presidents won re-election (Clinton, George W. and now Obama)  Romney was out collecting money for the general election battle even as the President was saturating the air waves with statements that the GOP candidate was at best an out of touch silver-spoon right winger or at least, an untrustworthy flip-flopper.  The lessons for the future are clear, negative messaging must be immediately countered.