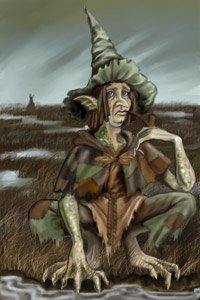 Before the presidential debates, I wrote that you may as well tune into sports radio for intellectual stimulation.  There, at least, there are cogent arguments based upon a mutually agreed upon set of facts. After three debates which have largely been replays, writ large, of grammar school playground disputes of the “Is not! / Is too!” variety, I am confirmed in thinking that the greatest threat to freedom in our day is a crisis of truth.

Without truth, there is no freedom. One cannot make a free decision without certain knowledge of options. Sure, I can choose ten thousand dollars or the mystery prize behind the curtain, but choosing between two mystery curtains is not a choice. It’s a crap shoot.

Our choices are not free if we have been lied to about our options. That is straightforward enough. And yet, I think a true threat to freedom today is not the proliferation of liars, but the increasing number of us who believe that the facts depend on us, upon the sincerity of our wishes, and not the other way around.

Spinning the facts to suit our point of view, marketing reality to accentuate the positives of our desires is one thing. Having those desires dictate what the “facts” are is quite another. The way we’d like the world to be takes over and we no longer see the world as it is. This goes by many names: relativism, a form of solipsism, or the mutual incriminations of contemporary political media.

Once again, sports, a form of entertainment, are an isolated exception. Even if you saw the same NFL game broadcast on two different networks, you would never have the postgame panel on both channels disagree about who won and who lost.  You get that with political debate. Yes, the rules are less objective. That only partly accounts for the difference. It is more that the “postgame” panels are more and more subjective.

So where is the freedom in our major decisions? It is left in a miasma of propaganda, spin and opinion. Ultimately, one will choose the candidate that agrees more with one’s worldview, with one’s desires of how the world should be, far more than for any objective measure. And, though we are certainly free to do that, that decision is less objectively free, because it is based less on objective facts.

The news media is often blamed for this, but tendentious news is a symptom rather than the disease.  To get to the bottom of it, we’d have to go back to a calm day in Eden.  The serpent seduced Eve, and later Adam, to make a choice that they once knew was objectively wrong and therefore off the table.  It’s against God’s law. Fact. But a false promise of knowledge, of being “like God”, changed their view of the situation. They ultimately chose to live in a world of their own desire, and relegate the facts to second tier.  They chose the La-La Land of their own wishes over the facts. That is why sin is often explained as a disordered choice.

It takes insight, effort and courage to see the world as it is. It takes disciplined thought to avoid the mental laziness of saying that everyone has their own truth. It takes asceticism to purify our own desires so that they don’t cloud our view of the world.

In C.S. Lewis’ Narnia series, specifically in The Silver Chair, Puddleglum, the Marsh-wiggle, and some of the children are taken prisoner by the White Witch. She begins her spell over them with sweets and pleasures (after their harsh journey) and begins to dictate to them a new reality where “There is no Aslan…”  As the children repeat the incantation, Puddleglum sticks his hand in the fire to wake up and breaks the spell. The symbolism is clear: asceticism and sacrifice bring us back to truth, and thus sharpen our freedom.

Sacrificing for others, giving of ourselves, is one good way to face reality, and to emerge from the bubble of our own self-imposed La-La Land. Tomorrow I’ll tell you about some college students that are doing just that.  For today, be reminded that when we put what we want before what we know time and time again, we destroy our ability to see the truth. And with that, we compromise our freedom.  Let’s fight against that. Let’s keep it real.