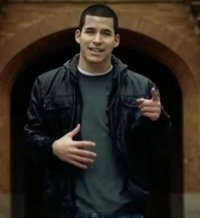 Jefferson Bethke’s very slick video “Why I Hate Religion But Love Jesus” is getting a lot of buzz right now. There are news stories, YouTube comments and responses, and it is just a few days old.

And it must be admitted: He  gets a lot of things right in his poem. Religion often eclipses faith. Politics often bleeds into religion. It’s really bad when those things happen.

But he also gets a lot of things wrong. Let’s engage some of Bethke’s questions.

Bethke asks: “What if I told you Jesus came to abolish religion?”

Well, Jefferson, I’d direct you to Jesus’ own words, in Matthew 5:17: “Do not think that I have come to abolish the law or the prophets. I have come not to abolish but to fulfill.”

Or Mathew 18:17 (Jesus to apostles: “if they refuse to listen even to the church, treat them as you would a pagan …” etc.)

Bethke asks: “What if I told you  …. just because you call some people blind / Doesn’t automatically give you vision.”

I’d say, yes, Jefferson. That is absolutely true … and ironic, in a poem where you are calling two millennia of religious Christians blind and suggesting that you have vision.

Bethke asks: “I mean if religion is so great, why has it started so many wars?”

I would answer — apart from the fact that those who oppose religion have killed more in one century than the religious killings of two millennia — that there’s a logic fail, here.

What you have to do is specify the wars and the motivations involved in order for us to answer your question.

Bethke asks: “Why does [religion] build huge churches, but fails to feed the poor.”

Again, Jefferson, you need to be careful, since you love Jesus.

And you have to realize, Jefferson, that if you put this question to Jesus, he will give you the same answer he gave the apostles when they saw Jesus annointed with costly perfume and asked, in Matthew 26:8-9, “Why this waste? It could have been sold for much, and the money given to the poor.” (Look up his answer!)

And I have a question for you. Why are you spending all this money on a fancy video, when it could have been given to the poor?

I love what Jefferson Bethke has to say about the Church, however ( though what he means by the Church is unclear): “It’s not a museum for good people, it’s a hospital for the broken” is a great old line.

But the poem states its case most succinctly  when it says:

Religion puts you in bondage; while Jesus sets you free

Religion makes you blind, but Jesus makes you see.”

Apart from some factual problems (Actually, Jesus says “do” quite a lot, and he swaps the word “friend” for “slave,” not “son” for “slave”) I think we need to defend the name of Jesus here.

Jesus was a lover of the Temple, a fulfiller of the law, the one who established the Church, and the one who calls the Christian Church his body.

While “religion” has as many downsides as any human thing, Christianity became a “religion” from the beginning: From St. Peter setting dietary rules to St. Paul setting the Eucharistic formula, to St. John writing to the churches that they need to get their act together, etc.

In fact, the afterlife is described in the book of Revelation as a religious liturgical service.

So I leave it to Jefferson Bethke to explain how he accounts for those problems in order to love Jesus without loving any vestige of “religion.”

I would leave him with one warning, though. At one point, Bethke asks: “But if Jesus came to your church would they actually let him in?” (Mine definitely would.)

Bethke should ask himself: “If it turns out that Jesus really did found a religion, will I love him still?”