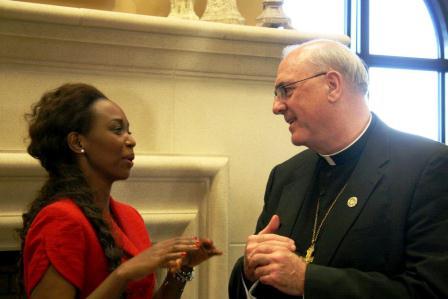 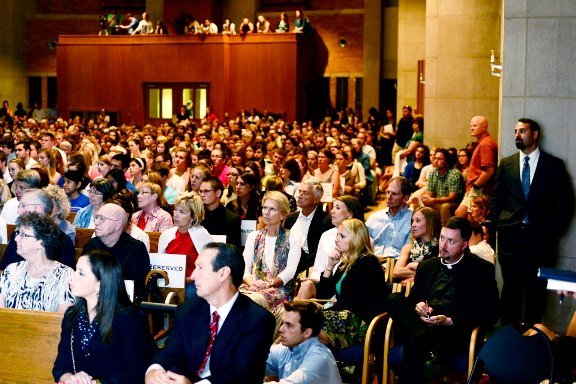 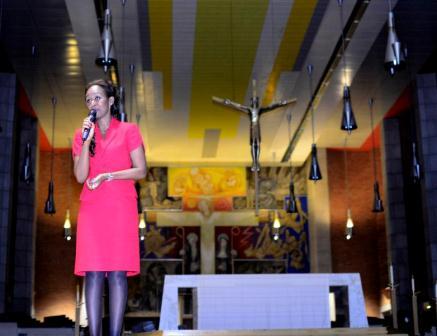 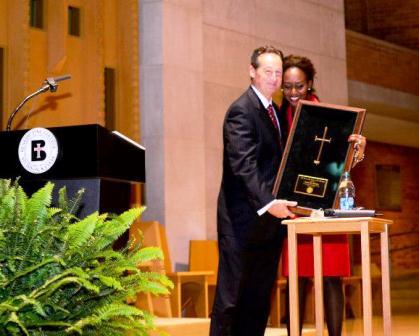 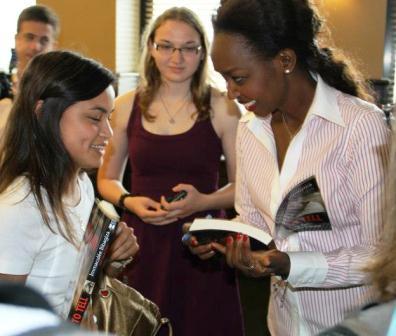 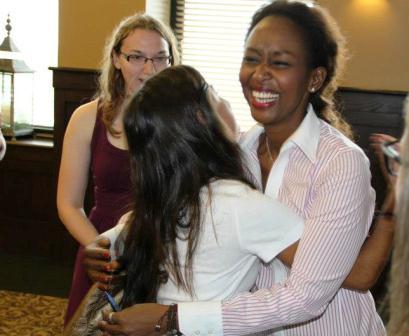 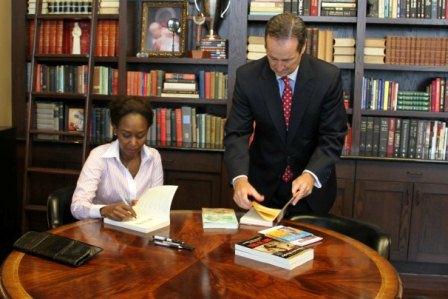 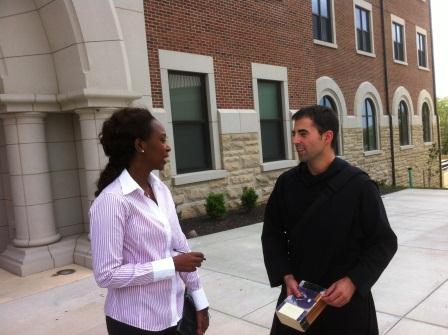 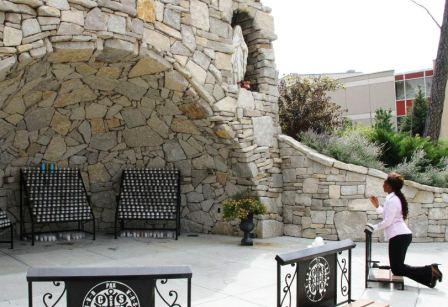 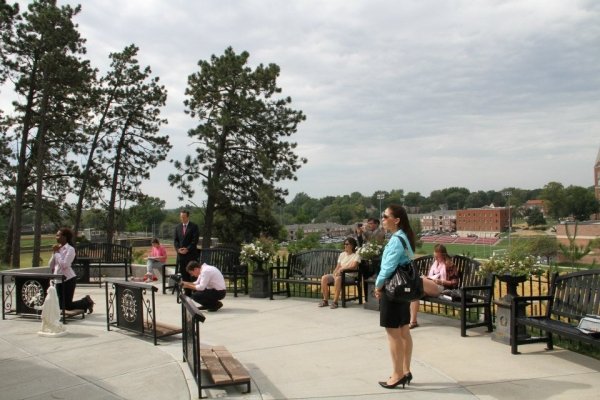 “They know not what they are doing,” says Immaculee, describing her forgiveness of the man who killed her family.

… and Immaculee responds with an embrace.

President Minnis gets Immaculee to sign a few more books.

Immaculee chats with a monk from St. Benedict’s Abbey on campus.

Benedictine College students were surprised by Immaculee’s visit to the grotto. 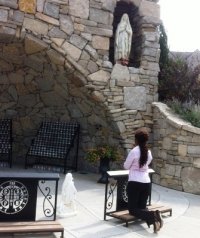 Immaculée  Ilibagiza, who survived the Rwandan genocide and devoted herself to promoting prayer and forgiveness, has joined Benedictine College’s Memorare Army for Religious Liberty. The college also awarded her its highest honor, the Cross of the Order of St. Benedict.

The Memorare Army for Religious Freedom was started by Benedictine College President Stephen D. Minnis at the suggestion of Archbishop Joseph Naumann of Kansas City, Kan., in the wake of the HHS contraceptive mandate and other efforts to undermine religious liberty. The Cross of the Order of St. Benedict recognizes charitable acts of distinction.

Immaculée spent two days at Benedictine College Sept. 11-12. She shared the remarkable story of how praying the rosary allowed her to grow in faith while she and seven other women hid in a tiny bathroom during the Rwandan Genocide. She was awarded the Cross of the Order of St. Benedict, the highest award bestowed by the school.

In the massacre 800,000 Rwandans were murdered— including Immaculée’s entire family. She tells the story of survival and forgiveness in her best-selling book Left to Tell.

Today, the Memorare Army for Religious Freedom is a worldwide phenomenon, with “prayer warriors” in 6 countries, and all 50 U.S, states, praying 2.8 million memorares.

When Benedictine College President Stephen D. Minnis started the Memorare Army for Religious Liberty, we hoped that in a few weeks we would attract enough members to say 1 million Memorares for religious freedom. We got there in a few days.

The Memorare is one of the prayers for Catholics recommended in the Holy See’s official Compendium of the Catechism of the Catholic Church.

“Immaculée was fascinated by the Memorare Army and so she jumped at the chance when I invited her to join,” said President Minnis. “This is a woman who knows the power of prayer, especially when Our Lady is involved. I am so glad our students had the opportunity to hear her message of mercy and trust.”

Click here for more information or to join the Memorare Army.