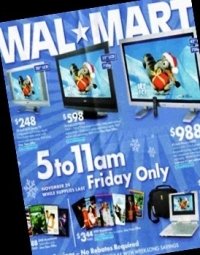 I landed in Rome the night before my doctoral defense. It was scheduled for the afternoon. The smart thing to do was to sleep in and clear my mind. But it was the Jubilee Year 2000, so I did the next most logical thing: visit three patriarchal basilicas before lunch. The reason? A plenary indulgence was offered for such visits, and I figured I could use all the heavenly help I could get. A clear soul beats a clear mind.

Yes, I realize it was overkill, and that one visit would have been enough. One cannot pick up more than one plenary indulgence in one day. In retrospect, I should have told my mom that, since I dragged her on a long public bus ride to hit St. Paul’s Outside the Walls.

A friend raised an eyebrow when I told him that story, since I also mentioned that a church close to my house at the time had been designated one of the churches in the archdiocese of New York where one could earn a plenary indulgence just by walking through the door. (As long as the regular conditions were met. More on that in a sec.) “Do you really believe that God is going to wipe your slate clean just because you walked through a doorway?” I found it interesting coming from a guy who showed up at the Wal-Mart parking lot at 4am the day after Thanksgiving to get a flat screen TV 75% off.

Why show up on Black Friday? Because you believe that Wal-Mart’s advertising is not a lie. You really do believe that if you beat the rush to the electronics section before 6am, –or whatever insane time limit they come up with-, they’ll actually give you the TV for that price.

This morning, the Apostolic Penitentiary (no, not the Vatican jail, but the office in Rome that deals with penance) published a list of special indulgences for the Year of Faith. During the Year of Faith, which officially kicks off on October 10, you can read from the documents of Vatican II a few times and hit your soul’s reset button.

I will not explain the Church’s doctrine on indulgences here. There are great explanations of it available. The basic teaching is that even when we are forgiven, there is still temporal punishment due for our sins, and that by doing penance here on earth, we won’t have to suffer it in Purgatory.

Suffice it to say that God can forgive our sins, but there is still work to do before we can be purified and heaven-ready. Our Father loves us, and I guess we clean up good, but, like when I give my 5 year old a bath, I try to teach him to do some of the scrubbing himself. Some days I’m in a hurry and I just grab the shower head and hose him down.

We will have lots of chances for that during the Year of Faith. We can merit and offer (for our own soul or for someone who has passed away) a plenary indulgence in many ways.

The normal conditions for earning an indulgence are to receive communion the same day, to have been to confession recently and to pray for the intentions of the Holy Father (traditionally, an Our Father, Hail Mary and Glory Be for his intentions.) There is also the condition of having no attachment to sin. Yes, that’s like showing up on Black Friday and finding out the offer was available only between 5:15 and 5:16 am, and only in the time zone of the Azore Islands.

Don’t let scruples beat you down, though. There is a difference between your attachment to sin and sin’s attachment to you. You may fight a habit that you haven’t kicked yet, like waving your hand wildly to try to shake loose a piece of paper that got stuck to it. In that case, the paper’s stuck to you, but you’re not stuck to it, because you’re trying to get rid of it. That’s what God is looking for: the pure intention of being his and his alone.

Now why do I care about indulgences? I want to go to heaven, and I know I have a tendency to stain my soul with sin in the valley of tears, so if God is offering to scrub me up with little extra effort on my part, I’m in.

People who balk at that don’t seem to believe in the Church. Jesus clearly gave his apostles authority to forgive sins (“Whose sins you forgive are forgiven them, and whose sins you retain are retained.” Jn 20:23.) The bishops are successors of the apostles and the Holy Father is Christ’s Vicar on Earth.

So if you believe the CEO and regional director of Wal-Mart can set the prices on their products, if you believe the president has power to pardon criminals and commute their sentences, then you should understand the concept of indulgences. Yes, our sentence in Purgatory is commuted. Getting to heaven is being made, in a sense, less costly to us. You have to believe that the Church has that power.

In the Year of Faith, we renew our faith in God and our faith in his Church. Ridding ourselves of sin helps purify our faith. The Church is as holy as her members (and since Christ is the head, we have a huge head start), so we owe it to each other to strive for holiness.

Indulgences, whatever abuses may have existed in the past, are things that help us get to heaven. The economy of salvation never has a recession, but it still can throw a sale. Since what we are asked to do to gain an indulgence (a prayer, pilgrimage, spiritual reading) is something that points us towards heaven anyway, I think they make more sense than fighting the crowds on Black Friday. These will be available all year long.