Lessons for American Catholics from an English Oratory 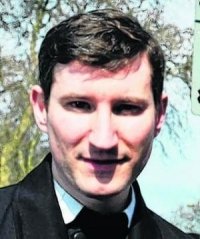 By Father Daniel Seward | Father Daniel Seward was born in 1974 in Ndola, Zambia. He was educated at Abingdon and Trinity College, Oxford.  In 1995 he joined the Oxford Oratory and did his priestly studies at Blackfriars, Oxford and the Angelicum, Rome. He was ordained priest in 2001, has been a school chaplain, since 2008 the Parish Priest, and since 2011 the Provost.

Someone once said that England and America are two countries divided by a common language. In the same way the Catholic Church here is both similar and different from that in the States. The same problems of scandal, a lack of faithfulness to the tradition and declining numbers of clergy and laity generally beset us, but we have a very different history. Catholics form a small minority in Great Britain and have often been perceived as strange and alien – Catholicism is often derisively described as “The Italian Mission”. The reality of course, is that we share the same faith delivered by St Augustine, who came from Rome in 597, but which was disrupted by the Protestant Reformation.

One major difference between the two sides of the Atlantic is that religion is considerably more marginalized here, despite there being an established Church and a long religious history. In the sixteenth century, Englishmen were compelled to change their faith so often, that reserve or even scepticism about spiritual matters became part of our national character. Enthusiasm of any kind is certainly frowned upon, and Catholicism in particular finds itself at odds with the received wisdom of contemporary culture.

Despite these negative observations, there are signs of hope.

The visit of Pope Benedict in September 2010 was widely seen as controversial in its preparation, with attacks on the Church’s teaching in the national media, complaints about the status of the visit as a State Visit and discontent about the government’s financial contribution. All of these attacks were based on ignorance: for example the security cost no more than the visit of any other world dignitary, although the public interest was more than for most.

When the Holy Father actually arrived, the mood changed to an overwhelmingly positive one, as for the first time the British people were able to encounter him and listen to his words directly. Pope Benedict’s address to civil society in Westminster Hall was particularly warmly received, and for a whole week the Catholic Church was placed at the centre of public discussion in a positive way. English bishops spoke afterwards of the “Benedict bounce” as impelling us out of a sense of inevitable decline for the Church in this country. Whereas the visit of Pope John Paul II in 1982 had been a seminal event as the first ever visit of the Roman Pontiff to these shores, there are signs that Pope Benedict’s Apostolic Journey may have a more long-lasting impact in resisting the tide of secularism.

The highlight of the Pope’s journey to England and Scotland was the Beatification of John Henry Newman at Cofton Park near Birmingham. Newman’s journey of faith in the nineteenth century was one which continues to enlighten us today.

He foresaw that liberalism in religion would result in a massive loss of faith and in undermining the central claims of Christianity. But as well as learning from Newman’s prophetic writings, we should also draw from his life. As a Catholic, Blessed John Henry founded the English Congregation of the Oratory in 1848. He was given the brief by Blessed Pope Pius IX of ministering in particular to the educated classes of England. The Pope, beset by revolutions and liberal turmoil as he was, well realized the importance of the Church regaining the intellectual high ground. Newman understood that this would best be achieved by creating an educated laity. He saw the Oratory as being a moral and cultural influence on those who form society.

John Henry Newman began the English Oratory in Birmingham, and Fathers were sent in 1850 to found the London Oratory. Newman’s great ambition was to build an Oratory in Oxford, which he had had to leave in 1845 after becoming a Catholic. In the 1860s he was able to buy the former workhouse, but forces within the Church conspired to prevent Newman from ever returning to Oxford and he lived out the rest of his days in Edgbaston. Exactly one century after the Cardinal’s death however, the then Archbishop of Birmingham, Maurice Couve de Murville, invited the Fathers in Birmingham to send two of their number to the former Jesuit Church of St Aloysius, Oxford. They did, on condition that they might make a foundation there, and by 1993 the Oxford Oratory was established as an independent community.

Since 1990 our community has grown to nine members and the numbers of those coming to Mass here has risen from around 200 to nearly 1,000. I would like to think that this is an indication that decline is not inevitable and that there are certain things to which people will respond positively. Principally these are Beauty and Truth. Catholicism in England, America and elsewhere, has lost much of its enchantment by the use of banal liturgy and a half-hearted pronouncement of truth. The English Oratory has always imitated our Holy Father St Philip Neri by making use of art and music to draw people to God. By expending resources on liturgical music, vestments and the beautifying of our churches, we make a statement that the worship of God is important.

Preservation of Latin in the Solemn Mass and the careful following of the rubrics has attracted a new generation of young Catholics, who seek mystery and a supernatural dimension, and who have not been kept in the Church by the horizontal philosophies of recent years. At the same time, we have found that making Confession readily available in our church has slowly encouraged many to return to the practice of this sacrament, so much neglected in the Anglo-Saxon world at large. In most English parishes, confession is confined to a half hour slot on a Saturday afternoon, and then penance services during Advent and Lent. No wonder nobody goes! The advantage we have of living in community is that we are able to offer confessions three times a day — before every Mass, and people see other people going to confession and so are encouraged to do so themselves. Last year we heard over 8,000 confessions in our church.

It is this that is the key to the growth and transformation of the Church: holiness. St Philip was the third apostle of Rome by his personal influence on so many, over so many years in the confessional. This was a quiet, outwardly unimpressive work, and yet it was the greatest weapon of the Counter-Reformation. This personal ministry of mercy can also bring new hope and holiness to the Church of the twenty-first century.