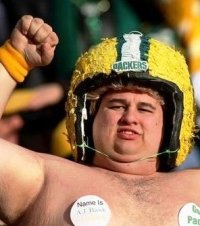 Nobody likes to get those questions.

In eighth grade, it was Mrs. Phelps asking you, “Do you think this great work of literature does not deserve your attention?” It was your first boss saying, “Are we not all dedicated to the success of this company?” Those questions hurt, because we know they were right, and we know we needed to be redirected, re-dedicated, re-ignited.

Well, Pope Benedict, whose Wednesday audiences for the past months have been all about prayer, pulled one of those this week. He voiced a question on behalf of each of his whole flock (which includes the whole world since he is the Universal Pastor) “In my life, do I reserve enough time for prayer?” And then went on to specify “above all, what place does liturgical prayer, especially Holy Mass, have in my relationship with God?”

I guess he’s noticed those Sunday morning yawns, too. And the Saturday evening clock-watching. He is asking whether we think the Holy Sacrifice of the Mass, the death of the Son of God on the Cross for us, is worthy of our attention.

A recent ad campaign plays on the strange superstitious rituals of fans. From not looking at the field goal kick in the air (after spending a week’s salary to be at the game), to wearing a precise lucky outfit (mismatched socks included), to signs, to face paint, to body paint… the punch-line is: “It’s only crazy if it doesn’t work.”

Devotion and ritual are rampant in sports, as is superstition. But it’s mostly all in good fun, because after all, it’s just a game (and a multi-billion dollar business.)

What about our other Sunday devotion, the one we profess to be real, more real in fact than what we see with our own eyes? Faith, after all, is “evidence of things not seen.” (Hebrews 11:1) Are we putting the same effort into preparing for Mass, following the ceremony, saying our responses as we are to tailgating, play-by-play and team chants? If not, we are doing something religiously, just not our religion.

It is a great thing to go to a ballgame. We sense camaraderie with fellow fans, we become immersed in the history, the lore of our favorite team. We experience a community which rallies around a common cause. We high-five strangers. It makes us better fans.

The Holy Father says, “The liturgy is not the memory of past events, but the living presence of Christ’s Paschal Mystery.” When we are at Mass, we form part of the big eternal NOW. We are at the center of all time, and God’s work of creation and redemption is present.

During a heated championship game in which the Yankees were behind, Derek Jeter famously remarked, “the ghosts don’t come out until the seventh inning.” In the eighth, the Yankees pulled ahead and went on to win. Now, even though the Yankees beatify (retire their numbers) and canonize (erect a monument in the outfield) certain former greats, DiMaggio is only there in memory.

“In every liturgical celebration, the whole Church participates, past and present, God and mankind,” the Holy Father said. The saints don’t wait for the seventh inning. We invoke them from the very first moments of Mass “I ask Blessed Mary, ever Virgin, all the angels and saints…” Do we make an effort to be aware of their presence? They have already won the true and everlasting victory. They point the way to Christ and to our eternal home. And “there are no strangers” in Church either, Christ’s Vicar reminds us. Go ahead, offer peace to one and all.

It is easy to get carried away at a ball game. The emotion and excitement of it make it a unique entertainment experience. We do not go to Mass to be entertained, and yet, in the best case, we should go to get carried away. We go to let God carry us away, for his action to penetrate us and lead and guide us.

If Christ isn’t real, if He didn’t rise from the dead, yeah, it’s all bogus. In that case, as St. Paul says, “we are the most pitiable people of all.” (1 Corinthians 15:19) All the rituals, devotions, church vestments, all of it, for naught. It’s meaningless. It’s crazy. But it’s only crazy if it isn’t true.

The Pope today invites us to celebrate together like we really mean it, like we really believe like we say we do. No one will question the allegiance of a man who paints a “G” on his chest in sub-zero weather, his head crowned with an immense chunk of cheese. Does the way we dress and participate at Mass show how much we believe?

Yes, it’s one of those questions. And Pope Benedict asked it because he knows his flock, and knows we need to be re-ignited.