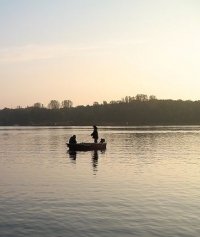 The major project of the Year of Faith is the New Evangelization. It’s a year to relearn how to be fishers of 21st century men and women.

This Election Year makes it clear that we have a lot of learning to do.

After Nov. 6’s results, old certainties are now uncertain: It used to seem that people were generally pro-family on social issues. It doesn’t seem so now. You used to be able to say that voters had never agreed to redefine marriage; it was always imposed by courts. You can’t say that now.

So what happened? How did we lose the culture so completely? Here are a few ideas that emerged from a Gregorian Fellows session at Benedictine College.

1. The fish won’t come to our favorite spots anymore.

We can no longer count on inertia to do our work for us. The seekers are no longer knocking at the door of the Catholic Church for answers. It’s not enough simply to know our apologetics cold; we need to learn how to pierce a cloud of cynicism that considers us irrelevant and provoke the questions ourselves.

It’s a lesson our opponents learned long ago.

Those who fought to redefine marriage certainly don’t count on inertia. Read the comments on any Catholic blog post defending marriage and you’ll see what I mean. The opponents pour in, pressing their arguments  for same-sex “marriage.”

Then, visit a website that promotes homosexual “marriage,” and look for an articulate defender of marriage in the comments.

Pick your favorite quote about the battle for ideas to sum up the problem. Burke: “All that is necessary for the triumph of evil is that good men do nothing.” Yeats: “The best lack all conviction while the worst are filled with passionate intensity.”

I realize that many Catholics have certainly done a lot more than “nothing.” But it is worth asking: Have we been trying to seek out the lost where they actually are, or are we trying to order them back in line from a distance?

In a post the week before the election, I noted that the president’s re-election campaign had begun to assume the snarky, cynical tone of the Huffington Post. “Is he hopelessly out of touch or am I?” I asked.

On Nov. 6 the answer became clear: I am the one out of touch.

Too often, we read to reassure our assumptions instead of reading to correct our presumptions. This leaves us unable to relate to what others are feeling, unable to use a language they recognize, unwilling to treat opponents with decency and fairness, and impotent to convince others of anything but our own cluelessness.

Here’s a challenge: Read the blogs and essays of the anti-family side. A superficial reading will make you say “What are you thinking?” in despair. A deeper reading should make you say, “Oh, that’s what you’re thinking. Here’s what you’re missing,” with understanding.

When souls are at stake, Christian owe the world that second response.

As Vaughn Kohler pointed out at the Gregorian earlier this year, there’s a reason Jesus told us to be “fishers of men” and not “hunters of men.”

There are those who are rightly culture warriors: Lawyers, politicians, public figures, and others. But most of us are missionaries, living among the ones we need to catechize. If we adopt the attitude of a warrior, we will fail as missionaries.

We have to move from culture warriors to New Evangelizers if we are going to make headway for Christ in the culture. Here are some topics worth talking about.

We remember that “God so loved the world that he gave his only Son, so that everyone who believes in him might not perish but might have eternal life.”

We forget that Jesus so loved the world that he sent us.