Ten Reasons to Be Thankful in 2012 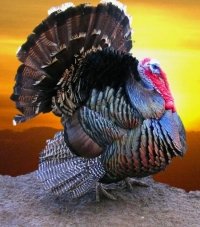 10. The world is going our way. Worldwide, Christianity and belief in God is on the rise. Pro-life and pro-marriage populations are growing daily.

9. White Western secularism is a strange ideological holdout of the tired old Enlightenment, propped up by money and technology but destined to fail.

8. This year marked a historic low of Americans willing to call themselves “pro-choice.” Abortion is horrifying to more and more people.

7. If you’re pro-life, you’re on the side that will be remembered by history as a bright light in a dark time.

6. A lot fewer people are hitting the snooze alarm after this year’s wake-up calls.

5. States are more pro-life than ever: 3 in 5 have GOP governors; dozens are rejecting pro-abortion Obamacare provisions.

4. The bias of the media, America’s largest Super PAC, may have scored big in 2012, but through the Internet and collapse of old institutions, the media is diversifying more every year.

3. The Church is focusing on all the right things — Evangelization and faith fundamentals — with Cardinal Dolan heading the effort.

2. Can we “win the culture”? The big 2012 Christmas movies are Catholic classics:  Eucharist-loving Tolkien’s The Hobbit, and that Divine Mercy parable Les Miserables.