The Cataracts of Culture 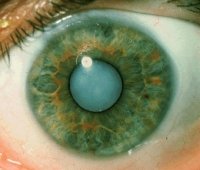 In his famous Nobel lecture, William Faulkner invited the next generation of writers to have “no room in [their] workshop for anything but the old verities and truths of the heart…love and honor and pity and pride and compassion and sacrifice.”

Old verities. What are old truths? If they are true, why are they old? And although they are old, aren’t they still true today?  Faulkner was referring to truths that, as a culture, we expended mental effort and sacrifice to see clearly. The kind of truths that get engraved on monuments. Look at his list. I’m sure you’ve seen those words chiseled somewhere.

As the ivy grows and the monuments age, do the words mean the same thing? Do we as a culture see their meaning as clearly as those who etched them in stone? It is a question worth asking.

In his homily to conclude the synod about the New Evangelization, the Holy Father commented on the figure of Bartimaeus, the blind beggar who called out to Jesus. He was not born blind, but had lost his sight. Pope Benedict draws a parallel to our contemporary world:

“From this perspective, Bartimaeus could represent those who live in regions that were evangelized long ago, where the light of faith has grown dim and people have drifted away from God, no longer considering him relevant for their lives. These people have therefore lost a precious treasure, they have ‘fallen’ from a lofty dignity – not financially or in terms of earthly power, but in a Christian sense – their lives have lost a secure and sound direction and they have become, often unconsciously, beggars for the meaning of existence.”

It is a bold and poignant image.  Not a Western civilization strong in power and wealth and influence, but Western civilization on a street corner, holding out a rusty cup and taking anyone’s suggestion about why exactly we are here on the planet. Brother, can you spare a meaning of life?

Spanish philosopher Julián Marías, who died in 2005, wrote an insightful article in 1998 entitled “The Fragility of Evidence.”  He argued that “evidence” is the culmination of any intellectual process. It means to see things clearly, “to see that they are thus,” and ideally to see that they have to be that way.  It requires a lot of effort to move from the darkness of ignorance to the clarity of truth.

However, the intellectual effort cannot merely stop there. If we don’t continue to make that effort, we begin, as a culture, to lose that clarity. We either fight for a clear vision or we grow cataracts.

Marías wrote: “Thought –let’s talk now only of Western thought- has over the centuries discovered resplendent truths, which have brought us to understand reality in a way that resists deformation and error and all possible supplantation. Nevertheless, these same countries have succumbed to veritable inundations of crass errors that have flooded the evidence acquired through ingenious and continuous creative effort. A kind of high tide of established falsehoods rolls on top of realities discovered throughout centuries of creative tension and veracity, of love for the truth.”

So truth itself falls under the law of “use it or lose it.”  If we don’t live according to the truths we have discovered, we end up losing the ability to see them clearly.

We honor truth and then we say, “Sure he lied, but it was about sex.” We honor duty and sacrifice and then say “But he only stole to save his job…” We rationalize to the point that we end up misusing reason altogether.

Fifty years ago it was crystal clear that marriage was between one man and one woman. That is not true of the generation in college today.  In the recent past, we could presume a basic Judaeo-Christian values framework in our culture. We can’t anymore.

Two things happened. We didn’t exercise our vision and grew cataracts on the one hand. On the other, proponents of error poked us in the eye.

For now, let’s cry out like Bartimaeus and ask the Lord to heal our weary eyes, so we as a culture can once again see clearly the old verities and truths of the heart