The End of Debate As We Know It? 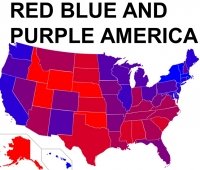 A few months after George W. Bush was elected back in 2000, he met with then-still-President Clinton, who asked him, among other things, what he was reading at the moment.

His answer surprised many. One Nation: Two Cultures, by Gertrude Himmelfarb.

“Good book,” replied Clinton, “Gore should read it. He may have won the election if he understood what it says.” Himmelfarb’s volume discusses a deep divide in our country, which we have come to know — in admittedly simplified form — as blue states vs. red states.

It is interesting to ponder how, three presidential cycles ago, it was already obvious to many that our two main political persuasions had two very different ways of looking at the world. In many ways it is natural for things to be that way.

There are different practical principles involved, and therefore different solutions to the same problems. As Governor Chris Christie put it in one of his succinct retorts, “They believe in big government, we believe in limited government … That’s going to lead to some disagreements.” But is the disagreement now really about the size of government at all?

What has happened in the past 12 years is more than just two different practical approaches clashing.

The two sides of the aisle no longer see the same reality.  Click onto the rare website that will contain both viewpoints (I suggest www.realclearpolitics.com because it features good writers from both sides) and you will see that the debate is no longer merely about how to respond to reality, but about what the reality itself is. (Was it a terrorist attack or a spontaneous demonstration? Is it a tax or not? Is it a depression or a recession or a sluggish growth cycle? Is Egypt an ally or not?)

News is no longer information, a straightforward communication of facts, but will see the facts refracted through a political prism. This happens even in so-called “No Spin Zones” under the guise of providing a balance and counterweight to the manipulations of the other side.

Philosophers of science speak of the “theory-ladenness of observation,” a long term for a simple concept: Your theory of the world affects what you see.

In science, if you build an instrument to measure light that measures particles, it presupposes a particle theory of light.  In politics, if you are for or against the present White House, not only will you spin what you see to attack or defend, but the very reality you see will be different.

This leads to a true impoverishment of political debate. Instead of reasoning from different principles about how to solve our nation’s problems, our political discourse is increasingly stalemated in mutual recrimination about the very reality of the problems we are dealing with.

Bipartisanship is only possible when we recognize the same reality.  We cannot even begin to agree on a prognosis until we agree on a diagnosis. When we don’t, we just accuse the other side of living in La-La Land, and we tend to associate almost exclusively with those who see the same world that we do.

We are approaching — and may already have arrived at — a point when debate is useless because the terms of the debate have no common reference point in reality. Words like “rich”, “poor”, “middle class”, “ally”, “tax”, “family values”, and, most pointedly, “freedom” have red definitions and blue definitions.  No debate is possible about where we should turn when there is no agreement on where we are and where we need to go. We no longer argue for our proposed solution, we merely advocate for our reality.

Half in jest, I tell people that for purely intellectual stimulation these days, I listen to sports radio. But it truly is the last bastion on the airwaves where I can hear real debate: cogent arguments about a mutually agreed upon set of facts.  You may agree or not that Derek Jeter is the greatest short stop in our lifetime, but what you won’t hear is someone saying, “According to my data, he bats .243 in 2011, not .297 as you allege!”

In order to debate something, in order to have a constructive discussion of any kind, we must go back to our last point of agreement and take things from there.  Nowadays, we have to go back much further than either side seems willing to.

Until they do so, turn off the debates and listen to sports radio.