The Moral Is the Story:  Flannery O’Connor’s Wisdom for a Catholic Literary Renaissance 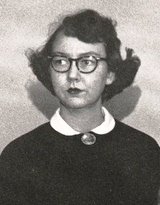 The Catholic Church has produced a number of masterful novelists, poets, and playwrights.  From Dante and Geoffrey Chaucer to Evelyn Waugh and J.R.R. Tolkien, the Catholic literary tradition is—to understate it—impressive.

There is a need today for a renaissance in that literary tradition.  Although works of “religious fiction” are often best-sellers in the United States, too often they advance moral and spiritual teaching at the expense of good art.  The author has a particular point of view—very often a good one—but he writes a story that is slavishly and artificially constructed to argue his point.  The story is not nearly as important as the moral of the story.

At first blush, this sounds logical.  But is this the approach that made the Catholic literary tradition what it is?  Definitely not.  One person who can help us understand the right approach to writing fiction—for Catholics or anyone—is Flannery O’Connor.

In Mystery and Manners:  Occasional Prose, O’Connor—a devout Catholic herself—ratifies the belief that writing is an incarnational art, and that the words a writer chooses to use are themselves sacramental in nature.

In a chapter entitled “The Nature and Aim of Fiction,”  O’Connor explains that it may be easier for some people to communicate ideas abstractly, and that the novice writer may be more interested in doing that—for the purpose of arguing an ideology or reforming society—than in writing a story:  “they are conscious of problems, not people, of questions and issues, not of the texture of existence, of case histories and of everything that has a sociological smack, instead of with all those concrete details of life that make actual the mystery of our position on earth” (67-68).

This, she argues, is not what it means to write fiction.  Fiction is concrete; it is about matter.  Furthermore, she writes, “[some] people have the notion that you read the story and then climb out of it into the meaning, but for the fiction writer [herself] the whole story is the meaning, because it is an experience, not an abstraction” (73).

This philosophy of writing is consistent with O’Connor’s religious views and strongly influenced the way she used words.  As a devout Catholic, O’Connor held a sacramental view of the Eucharist.  The bread and the cup at the center of the Communion ceremony were not simply signs or symbols of the suffering of Christ—not simply means that pointed to a greater end.  Instead, they were (or became) the literal body and blood of Jesus Christ.  For O’Connor, the bread and cup did not simply signify a grace beyond themselves; rather, the elements themselves conferred the grace.  In the same way, as a writer, she did not believe in asking, “what is the moral of this story?” but in affirming that the moral is the story!

If a writer understands what O’Connor is trying to say, he/she will come to understand that what is paramount is not primarily the idea that the writer is trying to express through his/her art, but the art itself.  Of course, this is not to say that O’Connor denied the importance of certain social, political, or religious motivations for writing.  Rather, she argued that the main goal of every writer should be to see life as it is, to tell the truth, and to write a good story.  If the writer is a Marxist socialist, a Roman Catholic, a conservative republican or whoever, then what is important to that person will naturally come through in his/her writing.  Writing is, after all, an incarnational art—and the life being “fleshed out” is not just that of the character, but also the author.  Even so, O’Connor argued that putting the idea before the story is to rearrange priorities and ultimately damage the artistic integrity of the story.

Toward the end of “The Nature and Aim of Fiction,” O’Connor quotes Joseph Conrad with approval.  Conrad famously remarked:  “my aim as a fiction writer is to render the highest possible justice to the visible universe” (80).  O’Connor goes on to write, “[Conrad] was interested in rendering justice to the visible universe because it suggested an invisible one” (Ibid.).  Again, this comment hearkens back to O’Connor’s Catholic orientation:  from the sign to the thing signified, from the visible to the invisible, from the sacrament to the mystery.  The more real fiction is, the more the story confronts the reader with concrete details in the language rather than abstract ideas, the greater and more forceful the metaphysical persuasiveness and power.  Readers of “A Good Man is Hard to Find,” for example, do not have to be subjected to a Catholic lecture on human sinfulness; rather, “The Misfit” as a character is so concretely and vividly and authentically presented to our senses that we know him intimately, and the wickedness in his heart and life—and ours?—is a reality that cannot be denied without great effort.

Flannery O’Connor, as a Catholic Southern writer, understood that fiction is not firstly and ultimately about an idea, but about incarnation.  It is about the concrete.  It is about matter.  It is about life.

If more authors who called Rome their home heeded O’Connor’s wisdom and took her approach, we might well see a renaissance in the Catholic literary tradition.

Vaughn Kohler is a former Baptist pastor who entered the Catholic Church at 2011’s Easter vigil.   Currently the social-media specialist at Benedictine College in Atchison, Kansas, Mr. Kohler is completing an M.A. in English from Kansas State University.