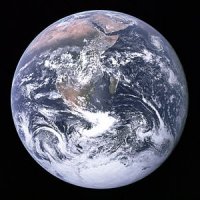 Saturday morning in Rome the Holy Father conferred the red biretta on six new cardinals. Ever the teacher, he took advantage of the occasion to discuss what “catholic” means within the four marks of the Church mentioned in the Nicene Creed, “I believe in one, holy, catholic and apostolic Church.” His words can guide a brief reflection on what it means to be a Catholic university.

Both “Catholic” and “university” mean the same thing, from Greek and Latin roots, respectively. They mean “universal,” “according to the whole” rather than the particular. The Holy Father mentioned a “universalist perspective,” symbolized by Christ referring to Himself not only as “Son of David,” but “Son of Man.”

A university is universal because it is not dedicated to teach just one academic discipline. Its scope is encyclopedic, which comes from a Greek word which the Medievals used for a university education: encyclopaideia, or “ learning in full circle.”

A Catholic university is not called only to teach theology or philosophy or any particular field of knowledge.  It values truth in every field as noble, and challenges  minds both young and old to embrace that truth and to use it for good.

The following long quote from Cardinal Newman’s The Idea of a University expresses far better than I ever could what the aim of such an education is. It is a quote I often re-read for motivation as one involved in Catholic higher education:

“But a University training is the great ordinary means to a great but ordinary end; it aims at raising the intellectual tone of society, at cultivating the public mind, at purifying the national taste, at supplying true principles to popular enthusiasm and fixed aims to popular aspiration, at giving enlargement and sobriety to the ideas of the age, at facilitating the exercise of political power, and refining the intercourse of private life. It is the education which gives a man a clear conscious view of his own opinions and judgments, a truth in developing them, an eloquence in expressing them, and a force in urging them. It teaches him to see things as they are, to go right to the point, to disentangle a skein of thought, to detect what is sophistical, and to discard what is irrelevant. It prepares him to fill any post with credit, and to master any subject with facility. It shows him how to accommodate himself to others, how to throw himself into their state of mind, how to bring before them his own, how to influence them, how to come to an understanding with them, how to bear with them. He is at home in any society, he has common ground with every class; he knows when to speak and when to be silent; he is able to converse, he is able to listen; he can ask a question pertinently, and gain a lesson seasonably, when he has nothing to impart himself; he is ever ready, yet never in the way; he is a pleasant companion, and a comrade you can depend upon; he knows when to be serious and when to trifle, and he has a sure tact which enables him to trifle with gracefulness and to be serious with effect. He has the repose of a mind which lives in itself, while it lives in the world, and which has resources for its happiness at home when it cannot go abroad. He has a gift which serves him in public, and supports him in retirement, without which good fortune is but vulgar, and with which failure and disappointment have a charm. The art which tends to make a man all this, is in the object which it pursues as useful as the art of wealth or the art of health, though it is less susceptible of method, and less tangible, less certain, less complete in its result.”

But the Church is also Catholic by virtue of her universal mission. Pope Benedict reminds those gathered for the Consistory, “The Church’s universal mission does not arise from below, but descends from above, from the Holy Spirit: from the beginning it seeks to express itself in every culture so as to form the one People of God. Rather than beginning as a local community that slowly grows and spreads outwards, it is like yeast oriented towards a universal horizon, towards the whole: universality is inscribed within it.”

A Catholic university also must have universality inscribed within it. It, too, has a necessary missionary dimension. It responds to the needs of the local church but its horizon is the Church universal. A Benedictine College graduate from last year, a Spanish major, wrote to me before Thanksgiving. She is presently living in an orphanage in Honduras:

“Every year we divide up the tasks (turkey, stuffing, rolls, etc.) among the missionaries and cook a meal which we share with about a hundred people (the Tías/Houseparents who live with the kids at the Finca, our security guards and their wives and some other adults from the surrounding community). We also play a missionary game of fútbol americano which the kids really like to watch. I have no idea how we are going to fit 100 people in our house but I’m really excited to see it happen!”

I am pretty sure that she did not dream she would be doing this when she applied for college. And yet, she was well-equipped for the task. She became a person of universal horizons, inside and out.

The Holy Father concluded by reminding us all that our Church “is the Church of Pentecost: amid the polyphony of the various voices, she raises a single harmonious song to the living God.”

As I look at my weary students finishing the first semester, I look forward to the music they will make for the good of all people. I have no idea how these 1700 young people will change the world but I’m really excited to see it happen.