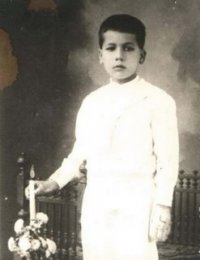 In an age of moral relativism, governments often punish religious groups which would dare leave their sanctuaries and put their faith into action in the public square. Sadly, states can even seek to call sermons based on church theology “hate speech.” The story of Blessed Jose Sanchez del Rio, who, at 15 years of age endured unspeakable torture and a martyr’s death for daring to declare “Viva Cristo Rey,” represents an all too common template worldwide. His martyrdom stands as a cautionary tale of what it can mean to stand up to Caesar when the state is prepared to subject religious institutions to state authority.

Before the Mexican Constitution of 1910, Mexican revolutionaries placed anti-clerical laws into the system despite the fact that the nation was profoundly Catholic in heritage and practice. Cientificos (scientific secularists) like the pre-Revolution, turn of the century President, Porfirio Diaz, nevertheless recognized the importance of making reference to God in political statements. He is often remembered for having commented, “Poor Mexico, so far from God, so close to the United States. “

At first, the Mexican Revolution and the Revolutionary party proclaimed one-party “democracy” in a statist socialist tradition. Unions, educators, government workers, and farmers among others, were placed under the party umbrella with rewards, contracts, government patronage jobs along with other enticements. Even the old elitist military was pulled into the system. The Church, though, was seen as a competitor which needed to be driven out of the public square. First it was marginalized and belittled for its collaboration with the old Spanish oligarchy. Then, because of the presence of so many foreign missionaries, it was derided as not a sufficiently Mexican institution. Foreign priests were deported or assassinated. Later, clerical garb was forbidden on the streets and seminaries were closed as anti-Revolutionary. Expressions of religious piety like crosses and cassocks were forbidden.

Secular states cannot deal with religious institutions which have the temerity to use freedom of expression to take a moral stand on policy towards education, health care, and social services to the poor. They must discredit religious denominations because those institutions declare the soul of the citizen at least as important as the body. The state seems to say that the existence of the soul cannot be measured via the scientific method. Therefore there is no way of knowing whether it exists and/or should be taken into account. Who dares tell the emperor he has no clothes?

The recently acclaimed movie For the Greater Glory about the Cristero rebellion in the late 1920s against the secularist revolutionary , President Plutarco Elias Calles, demonstrates how his attacks on the Church awakened a sleeping giant in Mexico. Faith remained deeply entrenched in Mexican culture despite government talk of Mexican nationalism. Then Calles tempted the compesenos masses by dangling social services carrots. Finally he brandished the sword of military power in an attempt to relegate Mexican Catholicism to the ash heap of history. “Viva la Revolution Authetico Mexicana” (long live the true Mexican Revolution) cannot permit “Viva Cristo Rey” (Long Live, Christ the King.) As those who sought to have Christ crucified put it, “we have no King but Caesar.”

Please God that comments of Francis Cardinal George will not come to pass. Who would have imagined anyone would attack religious freedom in a nation like the US which shows some of the highest allegiance to the Almighty of any nation in the Western world? Cardinal George said, “I expect to die in my bed, my successor will die in prison and his successor will die a martyr in the public square.” As radical as that may sound, we as Americans should be admonished to remember the warning of acclaimed historian George Santayana, “those who will not learn the lessons of history are destined to repeat them.”

If we cannot stand up to the heat of derision from those who would call us unscientific, intolerant and hateful for standing up for our faith, we had better be prepared to reap the bitter harvest of what we permit to be sown.

Dr. Kessler is a professor of Political Science at Benedictine College in Atchison, Kan.