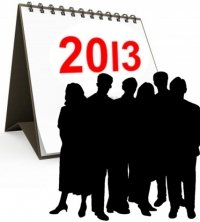 Here’s a brief sketch of the past three decades in American “evangelical Catholicism,” and some thoughts about what comes next.

In the 1980s, when I attended Father Joseph Fessio’s Great Books program in San Francisco, our school was one of the “hardcore four” Catholic colleges in the United States, along with Steubenville, TAC and Christendom. (In retrospect, I think people said “hardcore four” because it rhymed. Didn’t University of Dallas deserve to be on that list?) The “Catholic evangelical movement” was there, but it was small and ineffectual. It was like a campfire in the winter — real, fierce and dynamic, but overwhelmed by the vast cold and darkness that surrounded it.

This was the low point of the sad chapter in the Church when men fled the aggressively unwholesome atmosphere in seminaries. This was an era rife with bizarre liturgies and substance-free homilies. Catholic religious education texts were almost wholly without content. My peers and I never learned about the Real Presence in the Eucharist, and never learned about the necessity of yearly confession — let alone the benefits of frequent confession.

The dynamic began to change in 1987. That was the year Blessed John Paul II came to America. During that visit, my future wife was changed by seeing him in Los Angeles with her high school friends — and I was changed by seeing him in San Francisco with my college friends. Multiply our experiences countless times, add the publication of Father Richard John Neuhaus’s The Catholic Moment in 1988 and you get …

During that 1987 papal visit, looking at the crowds of young people lining Geary Avenue and filling Candlestick Park, I remember wondering if there was something more to this Church thing than I had thought. After Denver’s World Youth Day in 1993, the wondering stopped. It was evident that Pope John Paul II was plucking the identity of the Church out of the hands of the senior citizens and putting it in the hands of the young.

In the 1990s, tape apostolates sprang up. Apologetics trading cards, magazines and Bible guides were everywhere. Suddenly everyone was talking about “sola scriptura” and the meaning of small-t and Capital-T Tradition and Scott Hahn’s family analogies. The lion was out of the cage (to use another Hahn metaphor) and young Catholics were spending their time debating how best to win America. We were arguing with Protestants on online forums, joining movements, and dreaming big.

The new Catechism and the coming Jubilee Year only added gravity to the goings on. This wasn’t just religious enthusiasm — we were getting ready for the year 2000, like our hero pope told us to.

We had no idea what was about to hit us.

The year 2001 began in a remarkable way for Catholics. The new president from Texas, George W. Bush, gathered Catholic leaders from across the country and told them he wanted to get a big job done. He wanted to unleash faith-based initiatives to show the world how much we care and how much we would do to serve those in need. Pro-life legislation would undoubtedly follow. The new millennium was the beginning of a new era.

And then it all came crashing down.

Suddenly, defending the Catholic Church didn’t mean answering questions about “sola scriptura,” it meant answering questions about “pedophilia” and “ephebophilia” and seminary governance — and it meant explaining “Of course any percentage is too high but the percentages aren’t as high as you think …” until the scandalized reaction to it all filled us with shame and then reduced us to silence.

So much seemed to go wrong in the first decade of the 21st century. Pope John Paul II was old and misshapen looking, slurring his speech. George Bush, who started out a champion of things Catholic, became unfairly reviled and neutralized by a media that suffered from what came to be called BDS (Bush Derangement Syndrome) and his relations with the Vatican were defined by tensions over the war in Iraq. The hope of Centesimus Annus had become the worry of Ecclesia in Europa.

We would have loved to celebrate the first African-American president with the rest of the country in 2008 — but his extremist views on abortion meant we were horrified instead. The situation went from bad to worse when his Administration promised Catholics a conscience clause at Notre Dame and then did an about-face, planning crippling fines on Catholics for following their consciences.

And so we come to the new century’s teen years. What will they be like for “evangelical Catholics”?

Many people are answering that question with the one-word answer “martyrdom.” And the elements for martyrdom are all there. For martyrdom to occur you need aggressive secularists to gain control —and you need a Christian population strong and vocal enough for them to consider it a threat. We have both. Catholics are being labeled “bigots” for believing in eternal truths about sexuality, and bigots have no dignity, and no rights, in America.

But expecting martyrdom might just be wishful thinking. Catholics are more likely to suffer crushing fines that usher in a hard slog of struggle than glorious martyrdoms that open portals to heaven.

But in 2012, it is clear that something else has been going on in the Church, despite the difficulties of the past 10 years.

1. The Hardcore 24. For one thing, the energy of the 1990s meant that Catholic higher education grew from the “Hardcore Four” to the current list of 28 colleges in the Newman Guide — 24 of which are based in the United States. This intellectual renaissance is badly needed — to deepen and expand on the apologetics fervor that brought us here. Universities need students, though, so these universities’ successes are trailing indicators of other realities …

2. Generation Denver. The fruits of Denver World Youth Day hit seminaries and religious houses with vocations in the 1990s. But it is only now that we will start seeing the fruits of the married vocations that came from the 1987 and 1993 John Paul experiences. Children born in 1993 are attending the “Hardcore 24” right now. They grew up not with a malaise, but with Veggie Tales, CCC saints videos and parents who were talking apologetics nonstop. There is no telling what “Generation Denver” will do for the Church.

3. The Home Schooling Movement. You may love the phenomenon, you may hate it, or you may see the good and bad in it (most are in this camp), but there is no denying that the homeschooling movement is a significant factor in the Church. As in the monasteries of old, Christian and Catholic learning has been preserved in the home schools as the culture slipped further into decadence. And these students, formed by Catholic thought throughout their lives, are now encountering the world.

4. The International Faith Explosion. Africa is bursting at the seams with new Catholics — and we’re growing by leaps and bounds in India, China and parts of South America, too. The character of the faith will change in next Christendom — it will no longer be a white, European reality, but a browner and more “universal” reality. How will that change the world? The Western post-Christian world that looks so mighty is marked by anxiety, violence and depression, and the new Christian lands are headed in a different direction.

5. An Engaged Church. This year in America there is a lot of new energy surrounding the New Evangelization. If you have met anyone who was at the Synod on the New Evangelization you have seen how they are practically glowing with enthusiasm from it. The Vatican conference on the Church in America had the same effect on Benedictine College’s president and other attendees who plan to put Our Lady at the heart of the New Evangelization. The Fortnight for Freedom was a strong, imaginative effort by the bishops, but coming as it did in the dog days of summer, it may have lacked some zing. But it was a helpful test-run for the Year of the Faith, which the bishops are also engaging with zeal.

Where we take all of this depends on Catholics’ ability to make a crucial shift. The apologetics movement that sustained and fed our faith may have created a bit of an illusion, as my friend Rebecca Teti points out. It helped us snap up the low-hanging fruit quickly, people who were still willing to listen to religious arguments.

But to win the future we need to start reaching people who hunger for meaning and have written off the Catholic Church as irrelevant to their lives.

Catholics need to be less guarded and self-conscious — more “incarnational.” In the 1990s, we thought the New Evangelization meant offering our arguments online and not just in person. In 2013, we need to realize that the New Evangelization isn’t about the means — it’s about offering new arguments, as well (or both, as Father Robert Barron does in his Catholicism videos).

The Church isn’t here to preserve itself or to defend its doctrines — it’s here to answer the world’s problems. The extent to which it does that will determine what the next 10 years will look like.