Advent in America the Beautiful 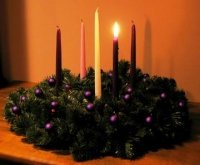 As I speak with students about their high school experience and their understanding of the American political culture which animated the founders and their successors well into the 1960s, it saddens me to think that that richness has been diluted, denigrated, ridiculed or squeezed out of vast segments of future generations. The Educational establishment with its carrots of grants and its sticks of accreditation have beguiled and bullied local educators into providing “progressive” pabulum as the intellectual diet victimizing the next generations as they develop their views on the roles of government the duties of individual citizens.

“No child left behind” ironically has played a part in setting standards that have left far too many students functionally illiterate in the knowledge they need to be true values voters. Unless we who learned the underpinnings of American democracy in our grade and high school years convey it to our children and our children’s children they will not have the antidote to viruses of individualism, materialism, and secularism which lurk around every corner in public and even far too many parochial educational institutions. The federal Department of Education and state boards of education and private foundations are using funding and accreditation as levers to gradually but inexorably pry their way into the curriculum to insert the “modern” values on which future generations will be raised.

What is the old adage? “Who pays the piper calls the tune.” There has been, in recent years, increasing push back against this indoctrination wolf stalking about in the sheep’s clothing of education for competitiveness and relevance. At baseball games since the shock of 9/11, the “Take Me Out to the Ballgame” has been replaced by “God Bless America.” Since the ballparks are often privately owned venues, to date the courts have not been used to keep God out of what the late Fr. Richard John Neuhaus, analyst of American culture has called, “the Naked Public Square.”

As uplifting as “God Bless America” can be, as we count our blessings, we should be called to preserves those blessings. The poem was made into a hymn in 1910. “America the Beautiful” is prescient indeed in its call to reexamine our “gifts” as a nation. It engages us to examine the responsibility of people so highly blessed to advance and secure those blessings of liberty (as noted in the Preamble to the US Constitution) for our posterity in ages to come. A society, after all should be judged not just by the innovations in services produced for its citizens, but by the truths it has preserved.

America the Beautiful was written by Wellesley College English professor Katharine Lee Bates in 1893. She penned the historic verses on her way by train from Massachusetts through amber waves of grain, on her way west to teach a summer session at Colorado College. She alighted from the train to see the “purple mountain majesties” towering over the fruited plain.

The music now associated with the song was penned by Samuel Augustus Ward and was first published in 1910.  Parts of it are rarely sung today, but serve as a clarion call to current and future generations to recognize our shortcomings and realize that liberty can be lost without vigilance.

It reminds us of the blood, sweat and tears that went into the American experiment. The demand of brotherhood and a sense of community in our age of Ayn Rand individualism and self-gratification reverberate throughout. In an age which reveres liberty without restraint, Katharine Bates reminds us over 200 years later that liberty requires a recognition of the higher calling of respect for principles like the law of the Constitution deeply rooted in the law of God. We are, after all, still a work in progress.

America, America, God Mend thine every flaw /Confirm thy soul in self control / Thy liberty in law.

In our age of plastic heros of the gridiron or other superheros portrayed in the movies Bates reminds us that unassuming heroes in generations past, proved their mettle on the field of battle against those who would endanger their neighbors and family. They nobly gave their lives in defense of others.

Oh Beautiful for heros proved In liberating strife / Who more than self their country loved / And mercy more than life.

America, America may God thy gold refine / That all success be nobleness / And every gift Divine.

It is so important for us to not only give thanks for heros past, but pray that our gold may be refined in nobleness of spirit and brotherhood.