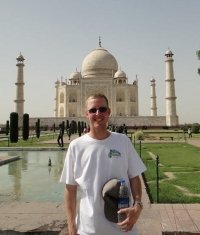 Syro-Malabar. Syro-Malankara. Syro-what? It would be a safe bet to say that most U.S. Catholics have never heard of these terms, let alone understand what it means to say that they are liturgical rites of the Catholic Church. Yet for the twenty million Catholics living in India, they point to the very heart of what it means to be a follower of Christ in the world today.

From May 18 – June 4, I was blessed to co-lead a trip to teach Benedictine College students — and to learn a little myself — about the religious and cultural traditions permeating the Indian subcontinent. One of the journey’s main goals was to introduce participants to different liturgical rites and to help them understand in a way like no other that the Catholic Church truly is what its name signifies: universal.

The vast majority of U.S. Catholics are Roman Catholics, meaning that we follow the Roman or Latin liturgical rite. Many believers thus assume that to be Catholic is to be Roman Catholic, but the reality is that there exist over 20 different rites or ways of being Catholic while remaining in communion with the teachings and governance of the bishop of Rome, the pope. A rite represents a unique historical tradition concerning how to celebrate the sacraments, and each rite in communion with Rome has fully preserved the essential nature of the sacraments. This means that a Roman Catholic can participate in any of non-Roman or “Eastern” liturgy and receive the Eucharist within that context. The Syro-Malabar and Syro-Malankara rites we find in India represent two such traditions.

It is fascinating to experience first-hand and reflect on the many differences between the Roman and Eastern rites. With regard to the Eucharist, for example, you might be surprised to find that in an Eastern liturgy the species of bread is often dipped in the precious blood and served on a spoon. You likewise might be struck by the fact that you are receiving the very same Eucharist we Roman Catholics receive even though the bread is not unleavened but leavened.

Another feature that strikes Westerns as odd is the Eastern tendency — which is permissible in the West but infrequently practiced — to celebrate ad orientem, that is to say with the priest and the people facing in the same direction at critical moments of the liturgy. Still others are struck by the use of a curtain or iconostasis to separate the people off from the sanctuary at certain points in the liturgy. To highlight just one final contrast, it may at first seem disconcerting that Eastern liturgies are not even called “Mass.” This is a great catechetical moment because it reminds us that Mass is an English word deriving from the Latin word missa. Other ritual traditions naturally call their liturgy by different names. For example, the liturgy in India is called the Qurbana, a word which appears in the New Testament and which means “Offering.”

So why is the Catholic Church so complex, and why does it have so many rites? The apostles who first went forth into the various parts of the world brought the same truth of Christ to the people they evangelized, but their genius lay in the ability to uniquely inculturate the Gospel in each community and nation. Inculturation means that when evangelizing we preserve the essential nature of the Catholic faith but present it in a way that makes sense to people in light of their preexisting traditions and thought patterns. This way respects a people’s particular cultural heritage, makes use of what is positive in it, and cleanses all its impurities through the light of Christ. St. Paul gave us the paradigm for this when he evangelized the Greeks in Athens (see Acts 17:15-34).

As the cross which bears his name illustrates, St. Thomas followed this same method when he evangelized India in the first century. This cross looks like any other cross, but it is planted atop a lotus flower, the national flower of India which plays a prominent role in the nation’s ancient creation myths. The presence of the lotus does not mean Christians endorse particular Hindu concepts or embrace their deities. Rather, for Indian Catholics the lotus beneath the Cross evokes the notion that Christ’s Cross is truly universal — that it stands above, embraces, and renews the whole of creation. Observing many similar examples of this sort of inculturation can be found in our own Western tradition, G.K. Chesterton wrote that the Catholic Church has had “uproarious success” in taking what is good in local customs and putting it to use for the sake of the Gospel.

The presence of rites illustrates in an unparalleled way the wondrous unity in diversity that characterizes the essential nature of the Catholic Church. To experience these traditions reminds us of that great Catholic principle attributed to St. Augustine, “In essentials, unity; in non-essentials, liberty; in all things, charity.” Even more importantly, it is good for our souls to tap into the Church’s immensely rich heritage of ritual practice and thought. May we in the West discover anew the ancient treasures of both the Eastern and Western Church so as to realize Blessed John Paul’s desire that the Church breathe once again “with both lungs.”

You can read about Dr. Ramage’s India trip and see pictures on his website www.truthincharity.com.