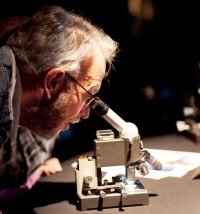 Religious people are the ones who are so insistent on our faith-based worldview that we reject scientific fact to preserve our comfortable fiction. Right?

That’s the charge that is often made. And it has been true too often. But it is also true that religious people invented science in the first place, and faith has given many scientists the courage to be hard-headed scientific realists.

It isn’t faith but ideology that drives us to shut out the facts that we don’t like. And secularist ideologues are every bit as susceptible to this as religious ones.

Here are some examples of the crazy myths secularists are making up to explain (or explain away) the aspects of reality that don’t fit their ideology.

MYTH: You can make an unborn child non-human with your mind.

Science knows beyond a shadow of a doubt that an unborn child is just that: An unborn child. A human embryo from the first day of conception already has the DNA which will determine the child’s sex and many other characteristics.

But for the sake of ideology, secularists in the schools and the media routinely play a language game to dehumanize this particular group of human beings, calling them “zygotes,” “tissue,” or referring to them as “a pregnancy.”

Wendy Davis and Kermit Gosnell show the revolting extremes this can go to, supporting the destruction of babies 20+ weeks old in the womb. On one of the occasions when he objected to a bill protecting babies born alive during abortions, Barack Obama explained why. He told the Illinois Senate that pro-abortion politicians must ignore the reality of the humanity of children or all is lost:

“Number one, whenever we define a previable fetus as a person that is protected by the equal protection clause or the other elements in the Constitution, what we’re really saying is, in fact, that they are persons that are entitled to the kinds of protections that would be provided to a – child, a nine-month-old – child that was delivered to term. That determination then, essentially, if it was accepted by a court, would forbid abortions to take place.”

Yes .. if we admit babies are human, then courts would not allow us to kill them. So the facts must adhere to the ideology.

MYTH: You can make yourself a boy or a girl with your mind.

The whistle-blower formerly known as Bradley Manning was a “he” on a Wednesday but on Thursday demanded to be called a “she.”  Anchorperson Don/Dawn Ennis did the same thing … twice. But the parents of a 6-year-old Argentinian boy are making the call for him.

There are scientific explanations for gender misidentification, but modern laws about transgender don’t assign scientific criteria for gender — they invite each of us to decide our gender for ourselves. If it seems like making one’s sex a matter of individual decision might be a bad idea, it is. In California schools, grade schoolers can use the restroom of the gender they feel like.  This has of course led to situations of alleged harassment like this one:

A female student “claims the boy in question harassed her, touched her hair, stared strangely at her, and also peeked at girls over the stalls while they used the toilet.”

MYTH: If we believe in them enough, promoting condoms will someday slow the spread of STDs.

One of the strangest spectacles of secularist myth-making is the absolute insistence that promoting condoms helps young people, when it is clear that doing so makes them sick.

Condoms are pretty effective when used; I don’t argue otherwise.

But the statistics all say that more often than not they are simply not used. A 2010 University of Indiana study surveyed 5,865 adolescents and adults and found that a condom is involved in only about 1 in every 3 acts of extra-marital sexual intercourse. Furthermore they are almost never used in acts of oral sex, as this article candidly admits.

We would never promote climbing on electrical wires with rubber gloves to our kids. But we routinely Bet Their Lives that condom promotions that lower sexual taboos will somehow lead them to be the ones to break the societal mold and use condoms regularly.

No wonder that despite decades of condoms promotions, sexually transmitted diseases are a “severe, ongoing epidemic” in the United States, according to the Centers for Disease Control.

Secularists using pseudo-science like to point out how terrible it is that there are so many people on the planet, and they paint a dire picture of increasing poverty and famine as population soars and we fight each other for scarce resources.

The facts have done nothing to slow down the science-resistant secularist mythmakers. Stephen Mosher runs down some of the facts here:

Chesterton never said it in those words, but as Dale Ahlquist points out, they are definitely Chestertonian. Faith and reason are two wings that rise together to the truth. People of faith should embrace both. Let the ideologues pick “beliefs” over reality.