Beyond the Logic of Consumption 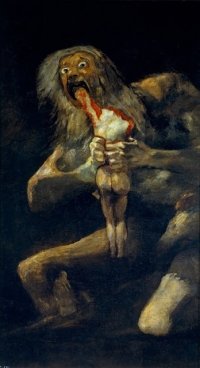 By Dr. Álvaro Abellán | Dr. Abellán teaches Humanities and Social Sciences at Francisco de Vitoria University in Madrid. He writes frequently for www.lasemana.es and runs the website www.dialogicalcreativity.es where this article originally appeared.

The West has sustained its development for the past century on the logic of consumption.  To do this, politics, economics and the media made an agreement: if the premise is to foster consumption, we have to link consumption to happiness through the wheel of satisfaction.  They sold us on happiness consisting in satisfying desires and needs, and for this reason, put the consumer system into our hands. The wheel has worked for decades and even today, in full systemic crisis, the only possible remedy that the thinkers are selling us is get consumption going again.

It is no longer a question of individual happiness, but of global survival. But I doubt that such a solution is more than a patch. Not because I know a lot about that ghostly abstraction that has us all worried, but because I know something about human beings, we who are the ones who create that system and who are the supposed beneficiaries thereof. This is my thesis: if the logic of the system that we invent is not the logic of true human development, something will have to break; either the system, or the people that sustain it.

The logic of the current system presupposes –against all evidence- that happiness is identical to the satisfaction of needs. It goes without saying that satisfaction is indeed a value. The question is whether it is the supreme value.  We human beings are satisfied with our achievements, or when we reach desired results, when we get a just wage, when what is received accords with our demand, etc.  All of this leaves us satisfied, but none of that makes us happy. On the contrary, when we don’t have what we want and we are dissatisfied, we believe that obtaining it will make us satisfied but… will it make us happy? When we satisfy a need or a desire, it isn’t that happiness appears, it’s just that anxiety disappears, and, in its place, a vacuum remains. If we don’t get beyond this logic, everything boils down to finding or inventing new dissatisfactions to satisfy. And the wheel is heavier each time. And the vacuum is each time greater.

The logic of happiness is different. Happiness is not the child of satisfaction, but of gratitude. Happiness overflows because it always goes beyond us. It doesn’t have to do with our own demands or our own achievements.  It doesn’t have to do with our narrow understanding of justice. Happiness appears when we recognize all that we did not give ourselves (starting with life itself) as a gift. Conscious of being the object of a gift, we seek to whom and how to give thanks. Whereas the wheel of satisfactions produces a movement which consumes itself (and is kept in motion by the negative awareness of what we lack), the dynamism of gratitude is constant and turned toward others (and is kept in motion by the positive awareness of being the object of a gift and wanting to give in return.) The former is a logic of the ego that easily slips into selfishness, isolation and loneliness. The latter is a logic of encounter, of giving and receiving gifts. While the logic of satisfaction consumes itself, the logic of gratitude always generates value, creativity, novelty.

Any answer to this systemic crisis that isn’t a mere patch should recognize the insufficiency of the current logic and look for a new one. Some have already proposed it, and they have called it the gift economy. Its fundamental inspiration consists in recognizing ourselves as receivers of a gift. Its fundamental movement is that which forms the foundation for all true responsibility: wanting to respond to that gift.