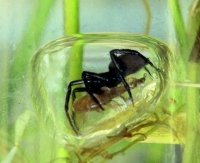 Among the many linguistic paradoxes that populate my word-loving mind is “narrow-minded Catholicism.”  Since “catholic” means “universal, according to the whole,” it would seem that a mind that is catholic, ipso facto, would not be narrow. And yet, I have encountered a few Catholics in my day who are, -here comes another paradox,- rather parochial, and not in a good way.

To spread the Gospel, we will have to break out of our bubbles. Pope Francis has spoken about a Church that doesn’t go beyond itself becoming sick and narcissistic. “Self-referential” was a term he used. Sounds like a bubble to me.

Of course, bubbledom is not a modern phenomenon, but in our age  there is little reason for such bubbles to exist. Don’t we all have easy access to the World Wide Web? Don’t we have knowledge and viewpoints at our fingertips like never before? What is the reason for this entrenched parochialism? We know that the Holy Spirit transcended Babel at Pentecost, why are we so apt to stay put in our Babel-Bubble-onian exile?

I have no easy answers, but at least one reason has to be the subtle narrowness of the web itself, due to the tailoring features that have proliferated of late.

How does Amazon.com suggest books that I am interested in? How does Pandora include artists I have never heard of, whose songs I end up liking? Simple. They track my preferences and, based on them, suggest things that match them. It is an advertiser’s paradise, for it is niche-marketing at the individual level. But, far from widening my tastes, it only deepens my niche.

That leads to remarks like this one. “Boy, everything I read seems to say the Church is in a profound crisis.”  I don’t deny that there aren’t many indices pointing in that direction, but it is also true that your computer has picked up on the fact that you read such things, so such articles find their way to you, as if by magic. They are high on your search engine lists.

Years ago, we all got the same news. In about half an hour. These days, we generally get the news we want, from the point of view we want, and we can spend hours delving deeper, without gaining any different perspective on events.

This means that, while we may hear a lot about what others say, we don’t always know where they are coming from.  We dismiss other points of view out of hand.

In the world of the 30-second quip or two-line Tweet, there are fewer chances for real exchange of ideas and true debate. There never seems to be the time where we can back up an issue to the point where both sides agree (as far back as that needs to be sometimes) and find the real roots of disagreement.

“Diversity” is a quintessentially modern value. But it doesn’t seem to hold much value unless we achieve unity beyond and despite diversity. A gathering of people who agree about nothing is no big whoop. A group of people who are very different and yet reach a consensus around something positively real is worthy of a high-five, if only to prove that our hands were strangely designed to fit together.

This can only happen when we seek out those with points of view we disagree with and find common ground, even if we still disagree on many things. That can’t happen in a bubble.

Such agreement  seems harder to come by these days, at least partly because of the World Wide Web, whose gossamer filaments stretch across the world, but which can often trap us, like a funnel-web spider, in ever narrower pockets.

If the Church needs more pop in her mission, what needs to pop first are our bubbles.