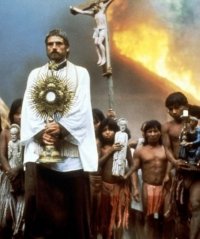 “Can a film change the world?” asked Time magazine in March 2008.

Yes, it said – and reported a $100 million U.N. film fund aimed at combatting stereotypes. “More and more,” it said, “Hollywood is betting on its powers of social engineering.”

In our own time, says Vice President Joe Biden, entertainment cleared the way for homosexual marriage. “I think ‘Will and Grace’ probably did more to educate the American public than almost anything anybody’s ever done so far,” he said.

Pope Pius XII recognized the extraordinary power of movies to change minds and hearts. In 1955 words to filmmakers, he described the state film-goers are in when they watch a movie: “[T]he viewer moves in the actor’s world as though it were his own, and even, to some degree, lives in his place, and almost within him.”

Warned the Pope: “This process can lead the spectator to the realm of light, of the noble and beautiful, just as it can bring him under the sway of darkness and deprivation, at the mercy of powerful and uncontrolled instincts.”

Catholics were on the scene in the movie industry from the very beginning, with directors from Buster Keaton to Frank Capra. But Catholics have also been on the scene in movies more recently. Look at the Oscars for Best Director in the 20th century: Peter Jackson won for a project by a Catholic author, The Lord of the Rings. And two men who once seriously considered the priesthood won: Martin Scorsese and Danny Boyle.

Catholicism can influence the culture even in an age when the faith is rejected because of what Andrew Greeley (and others) called The Catholic Imagination.

“As Catholics, we find our houses and our world haunted by a sense that the objects, events and persons of daily life are revelations of grace,” he wrote. “The special Catholic imagination can appropriately be called sacramental. It sees created reality as a ‘sacrament,’ that is, a revelation of the presence of God. The workings of this imagination are most obvious in the Church’s seven sacraments, but the seven are both a result and reinforcement of a much broader Catholic view of reality.”

He argued that the “sacramental” imagination of Catholics – even lapsed Catholics – transforms their art.

Bruce Springsteen would agree. The lapsed Catholic pop artist said his songs are “filled with Catholic imagery … a powerful world of potent imagery that became alive and vital and vibrant. … I’ve inherited this particular landscape, and I can build it into something of my own.”

It is essential that Catholics remember that the artistic world is ours, and reclaim it.

Now is the time.

Said George Lucas recently: “Right now, there are amazing opportunities for young people moving into the (entertainment) industry to say ‘Hey, I think I’m going to do this and there’s nobody to stop me’ because all the gatekeepers have been killed!”

We can start by supporting those who are giving young people the opportunities to excel in these arts. (A former student of mine is involved in this project. Two of my former students are here this summer. And I’m convinced Jim Morlino’s will have a huge impact through cast and crew with his project.)

Then, remind ourselves and our families of the films that teach us to be Catholic. Vote here or below for your favorite proudly Catholic movies.