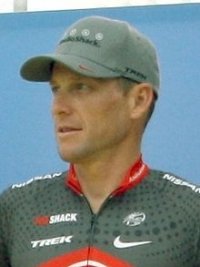 I remember watching President Clinton deny having had “sexual relations” with Monica Lewinsky, and pretty much declaring that the investigation was a distraction and that he had to get back to work for the American people. I remember it well because when he finished, I said out loud, “America now has a state religion, Victimology, and Bill Clinton is its prophet.”

The creed of Victimology is simple: I am sinless. Anyone who accuses me of wrongdoing is attacking me. I am morally obliged to silence them by the means at my disposal.

This “religion” has gained many converts over the centuries. Hypocrites have always existed, of course, but it is a sign of the times to admire them for “moral courage.”  Then again, “moral” and “courage” used to mean something.

Until recently, one had as much chance of leaving the Church of Victimology as of leaving the Hotel California. But it would seem that now, all one has to do is admit it, ideally in a high profile prime time interview, and one can be said to have “come clean.”

Anyone interested in this phenomenon would do well to read Susan Wise Bauer’s 2008 study The Art of the Public Grovel on sexual sin and public confession in America. From Grover Cleveland to Cardinal Law, with an obligatory chapter on Victimology’s Prophet, she shows that the Evangelical Protestant practice of public confession has become a necessary part of any “modern” scandal.  You can’t just get caught and stay silent any more.

But is saying sorry enough?  Are people whose lives have been profoundly affected by Lance Armstrong’s use of performance enhancing drugs and decades of denial going to be satisfied with “Well, he said he is sorry…” Apparently not.  There are already law suits waiting in the wings, pointedly one by a newspaper that was sued (and paid out half a million dollars) for libel by Armstrong for saying he did exactly what he confessed to Oprah this week.

Lance Armstrong has admitted to using performance enhancers. But has he “come clean”?

In Catholic thought, admission of guilt is only one step in the process of forgiveness. A more profound step is the reparation of injustice. One cannot confess the theft of a thousand dollars with no intention of giving it back. Such a confession could not result in absolution.

As I write this, the interview has not aired yet, so I do not want to be unfair to Mr. Armstrong. But anything short of a Zacchaeus-like statement along the lines of “and if my actions have adversely affected anyone in any way, I will strive to repair those injustices with the same dogged determination which was my public image as a cyclist” would not seem to me to have “come clean.”

Admittedly, the reparation of injustice would not have to be on the same public level as the admission has been, but the fact that there was a team of lawyers waiting in the wings as Oprah interviewed him means that derriere-covering may still be too high on the priority list.

I do not wish Lance Armstrong ill. I applaud his admission of wrongdoing. The truth always sets us free. He may sleep better than he has done in years. But this is a beginning, not an end.

He has renounced the first article of the Victimology Creed, but there are others he must repudiate. If he does all he can to repair the damage his cheating and lies have wrought, he still has a chance to be a hero, not only in image this time, but in truth.

The Tour de Apology has begun. But it is a race with many stages. Let us pray for Lance Armstrong, so that God may give him the help he needs to repair injustice. It is the steepest slope of the climb toward forgiveness. Then again, God and Lance have one thing in common: they both do some of their best work on mountains.