Drudge, Rush and the Pope 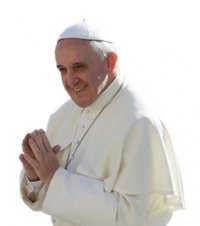 “Hey, Fox News and Rush Limbaugh: Don’t make me choose between you and Pope Francis. Because you’ll lose. Every time.”

Sometime-Gregorian writer Vaughn Kohler posted that on Facebook and the “Likes” followed.

Over at CatholicVote.org on Thanksgiving Day, I answered Rush Limbaugh who had criticized the Pope the day before. Yesterday, after getting e-mails from concerned readers, I answered a Drudge-linked story calling Francis a Catholic “Obama.”

The Gregorian blog has been a leader in explaining and defending Pope Francis as he has raised concerns and questions with Catholics who are getting signals from a confused and confusing media. Dr. Edward Mulholland’s excellent posts have been picked up internationally by Zenit, a Rome-based news agency.

The best answer, of course, is to read Pope Francis for yourself instead of relying on the commentators!