Facts on the Rocks 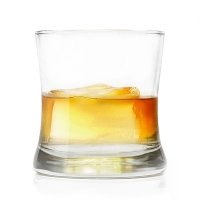 Two things prompted me to think about this today. One is Msgr. Charles Pope’s reflection about how to fast from the media, even as a confessed news junkie. The second was a tweet from a former student, from when I taught philosophical anthropology and helped direct the journalism school at Madrid’s Francisco de Vitoria University.

In 1997, a group of first year students studying journalism and mass communications, all more techie than their profs as the case usually is, started a project which would soon become a weekly newspaper on a brand new medium called the internet. Today, www.lasemana.es is one of the web’s best sources for news from and about Spain. Those kids created something new with vision and quality, and never had to worry about jobs, since that initial crew turned it into a source of employment for them all. Many of them are now doctors in journalism and, in addition to running the site, teach at their alma mater.

Teaching about the human person occasions many reflections on truth. I remember beginning a class saying, “Last night I saw a horrible movie.  And you don’t even know I just manipulated you.”  I saw a movie. That’s a fact. It was a movie, not a TV show. I may need to be more precise, to declare that it wasn’t a documentary or an animated short. But that, so far, is communication of fact. That I thought it was horrible is an opinion.

But my opening sentence communicated fact and opinion together, without distinction. That, I taught those starry-eyed apprentice journalists, is the core of manipulation.

We are not talking about communicating fabrications as fact. In the 1993 classic “So I Married an Axe Murderer,” Mike Myers objects to his mother, the incomparable Brenda Fricker summoning a sweet Glaswegian burr, calling News of the World, “the paper,” because “The paper contains facts.” To which she points to a headline and says, “This paper contains facts. Look at this, ‘Pregnant man gives birth.’ That’s a fact!”  (Mike Myers’ father in the film, played also by Mike Myers, has a more conspiratorial view of the press. As a good Scottish Presbyterian, he knows the Vatican is part of the conspiracy.)

Manipulation is more subtle. It is not a lie, but the pouring of fact and opinion into the same glass.

Barring new conclusive evidence, no one who was not present can know for sure who started the fight between Trayvon Martin and George Zimmerman, which ended in the former’s tragic death. But plenty of journalists and pundits have communicated their opinion of those events as facts. They will tell you what happened. They will not admit that it is what they think happened. They will mostly not tell you what facts are undisputed and upon which of them they base their conclusions.

It may very well be that we all delude ourselves to the point that we believe our opinions are facts, but that is NOT drinking our truth straight up. It’s facts on the rocks, watered down with our own subjective opinions.

The tragedy of this is that since we as a society have gotten so used to different viewpoints trying to manipulate us, we lose an appreciation for truth. Manipulation is the first wave of the dictatorship of relativism, and the right can be as guilty of this as the left.

Msgr. Pope says it clearly: “Of course we all know that that the idea of an unbiased press is and always has been a lie. Frankly most of it is left, and even those on the right, like to call themselves ‘Fair and Balanced.’ Why not just come out and state what everyone really knows: The Washington Post: News from the left. MSNBC, news from the far left. Fox News: News from the right. Just say it!”

I am glad my journalism students are so successful. I am glad their website is so good. What makes me most happy is that they have no section called “editorials.” It is just called “Opinión.”  That’s honest.

If I want ice in my whiskey, I’ll ask for it.