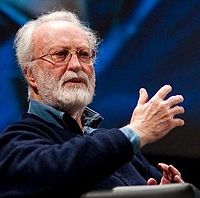 Love in the heart of the Church.

On Tuesday morning, the Italian newspaper La Repubblica published an interview between its founder, Eugenio Scalfari, and Pope Francis. That same morning, while praying his breviary, the Holy Father meditated on these words of St. Therese of Lisieux:

“Then, nearly ecstatic with the supreme joy in my soul, I proclaimed: O Jesus, my love, at last I have found my calling: my call is love. Certainly I have found my place in the Church, and You gave me that very place, my God. In the heart of the Church, my mother, I will be love…”

What words! How very like St. Augustine in their style, and yet how unmistakably Therese in their simplicity and daring.

I cannot read the Holy Father’s interview without thinking of those words.

We may have to get used to Papal interviews. It is clear that his conversation with Eugenio Scalfari is not over. But the very existence of this conversation is amazing. The 89 year old newspaper veteran had written to the Pope and the Pope had responded, and then the Pope surprised him with a phone call, and an invitation to dialogue with him at his residence.

The Pope sought out a man known as a non-believer, a man of his own generation, who has lived the changes of the past 75 years not as a pastor but as an observer and a chronicler, in order to exchange ideas, just to get to know him better.

My father-in-law, who died almost two years ago, was of the same generation as Scalfari. Raised under Mussolini, he was no friend of the institutional Church. Anti-clerical when provoked, yet an old-school doctor who would visit his patients every day, Sundays and holidays included. A head of granite and a heart of gold. The Pope is reaching out to the grandfathers who preside over pasta dinner each Sunday and pontificate on life and politics.  He is reaching out, he is inviting in.

And he did not invite someone to debate him, to “convert” him. Merely to win an argument. He invited someone to get to know him better. Because there is no evangelization without a personal relationship. And the Pope is evangelizing, and giving us example of evangelization, just by a conversation. One that doesn’t lead with pre-memorized doctrinal answers. One that shares one’s own thoughts and experiences, which is the best we have to offer. A conversation that listens and doesn’t dismiss ideas, even when one disagrees.

The Pope is a radical in the same way George Weigel described Blessed John Paul II as a radical. He is a radical because he is rooted, which is what “radical” means etymologically.  And he is radically rooted in love. And he wants the Church to live this love.

I cannot imagine St. Therese even secretly wishing to be Abbess. I cannot imagine St. Francis desiring power.  Pope Francis wants a Church like that. One that is rooted in love, in self-giving. Each Catholic and the Church as a whole. And that is revolutionary, since even in the Church so often human selfishness holds sway, but it is also the simple kernel of the whole Gospel message.

It seems as if Mr. Scalfari has never had a conversation like this. As if every Catholic he has spoken to in half a century viewed him as an adversary, or as a soul to score for God. And if that is true, it’s sad, and who better than Pope Francis to remedy it?

When we face protesters waving banners that declare “This is my body!” Pope Francis is saying that the best response is to sacrifice for them and love them and offer a silent, powerful witness that reads “And this is my blood.” And it just may begin with a cup of coffee.

The Italian old timers have heard all the arguments, all the preaching. They were told as boys that it is all mind tricks. What they understand is a friendly conversation, even a rhetorical barb or two, over coffee or a glass of water.

The God that Scalfari doesn’t believe in is manifesting Himself in the smile, in the kindness, in the “Can you make it next Tuesday?” in the “I’ll walk you out” of the Vicar of Christ.

The question for each of us is when we are going to start doing that? (Or if we do, to invite others to do the same?)

In the heart of the Church, how much love will we be?