Humanae Vitae at 45: More Relevant Than Ever 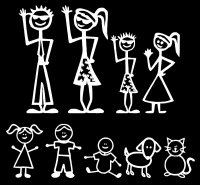 By Father Matthew Habiger, OSB | A moral theologian, former president of HLI and noted expert on Natural Family Planning, Fr. Habiger is a monk at St. Benedict’s Abbey in Atchison, Kansas. Contact him at mhabiger@kansasmonks.org.

July 25, 2013, is the 45th anniversary of Humanae Vitae (Human Life: On the Regulation of Birth). This was undoubtedly the most controversial, and influential, encyclical of the 20th century. It has special interest for me, since I was ordained to the priesthood the month before the encyclical was issued, and because it has been the focus of much of my priesthood over the past 45 years.

Why is it so controversial? Because it stands in clear contrast to our contemporary view of sex. It brings us face to face with God’s plan for us and for sex, and this is very different from the popular mentality.

Some people might ask why a celibate Catholic priest is dealing with this topic, and what are his credentials. I think that these questions are in the back of the mind of many Catholic clergy, and probably explain why they are so reticent on these topics at the pulpit. Let me try to explain. As a human being I have all the ingredients of a real person: flesh, blood and a healthy sex drive. As the Roman Seneca said, “Humanus sum et nihil humanum alienum mihi est.” [I am a human being, and there is nothing human that is alien to me.] In addition to being a fully-fledged human being, I have accepted the Lord’s invitation to follow Him single heartedly as an unmarried man, chaste, and vowed to remain celibate for the sake of the Kingdom of God. I experience the human condition in its many dimensions.

In addition, as a moral theologian I have studied God’s plan for us as bodied persons, male and female, sexual and fertile. Still more, as a priest, confessor and counselor, I have dealt with thousands of people, male and female, of every age. Priest confessors are something of an “expert in humanity.” Like most priests, I have helped hundreds of couples to prepare for marriage. I promote God’s plan for marriage, spousal love and family, as found in Humanae Vitae, all over this country, through NFP Outreach.

We must ask ourselves: “Whose version of sex is right: God’s, or the secular culture’s?” If the two versions are contradictory, then which one gets our allegiance? If one version is easy and the other difficult, then where are the convincing reasons to encourage our going with the difficult?

The first point to make is that we did not design our sexuality. In fact, we were not even consulted when the plans were being drawn up. We simply discovered the nature of our sexuality when it began to awaken in us as we passed through puberty. We did not invent it; we only discovered it. Then the task begins for learning the meaning of our sexuality and how it is to be expressed and guided.

The modern world leaves the impression that our sexuality is a manmade phenomena, and that we can assign any meaning to it we want. Thus we see the effort to separate fertility and babies from sex, and focus only on the pleasurable aspects. We see the effort to disconnect sex from marriage and spousal love. Shorn of these limitations, sexual pleasure can be sought anytime a person chooses to become sexually “active,” and with any partner of his or her choice. For moderns, there are only two restrictions on sexual expression. 1) Don’t get pregnant, and 2) don’t catch a sexually transmitted disease. But this version of sex falls way short of God’s plan. Remember, He created it; He designed it!

The sexual revolution of the 1960s was fueled by the arrival of the Pill. With the arrival of contraception, the fear of a pregnancy was removed. Thus many young couples asked “Why do we need to wait for marriage before we begin having sex?” Then many men decided to forego marriage all together. Many married couples thought that contraception would simplify their reproductive lives, and they could turn their fertility off or on at will. Sex and fertility were disconnected. The number and spacing of pregnancies was now completely under our control. Numbers of children per family and fertility rates went down. Divorces increased. Numbers of people getting married decreased. Abortion, used as protection against failed contraception, leaped to over a million a year in this country alone.

I think that God knew that eventually we would learn how to artificially control our fertility. Just as He knew we would eventually unlock the secrets of atomic energy. We have tremendous power in our hands. That brings with it the responsibility to use that knowledge and that power wisely. God gave us reason. He insists that we use it well. We must search for the truth, especially the truths of what it means to be a human person. God gave us freedom. We must freely choose to incorporate that truth into our lives. There is always the risk that we will miss the truth, and accept half-truths or total counterfeits. There is always the risk that, knowing the truth, we will not act on it for lack of courage, or because of bad habits, or indolence. If we are to be authentic persons, gifted with reason and free will, then we must accept the risks, and the responsibility, that goes with freedom.

God has given us many hints and clues about the truth of human sexuality. He has given us divine revelation which takes us right into the mystery of marriage, spousal love and family. He has given us the Church, our Mother and Teacher, who explains how this plan is to be lived out in today’s culture. He gives us the example of many strong marriages and healthy, happy families. He gives us good reason, whereby we can understand the goodness and reasonableness of that plan.

The encyclical Humanae Vitae is a classic teaching on God’s plan for marriage, spousal love and family. It is not going away. It has survived intense criticism and widespread rejection. God’s plan does not change. The truth does not change. God does not intend to change his original plan to conform to our fashions of the day.

This is a good time to read, or re-read, Humanae Vitae. As you read it, look for the meaning of our being created as bodied persons. We are not pure spirits, like the angels. Understand why God designed our sexuality and sex drive as a means of drawing people together. Understand why He insists that every human person is the fruit of the sexual love of his or her mother and father. Understand what the spousal act was designed to express and to accomplish. Then the Church’s sexual ethic makes perfect sense. Then we can see why any sexual act, that falls short of what the marital act was designed to be, is flawed, inauthentic, and harmful.

Contraception is a serious moral evil. It rejects God’s plan for us as bodied persons. It is our attempt to redefine sex and marriage on our terms. It is a very immature approach to something that is very central to our being, and to our flourishing as mature persons.

Our God is a God of love. He created us out of love, and designed us for love. Love has definite contours and dimensions. Read St. Paul’s 1 Corinthians 13. If we want to be fulfilled and happy persons, then we must learn how to love, and how our sexuality is to be expressed and lived in that love. Humanae Vitae is a great gift to our times