Let Him Pope You 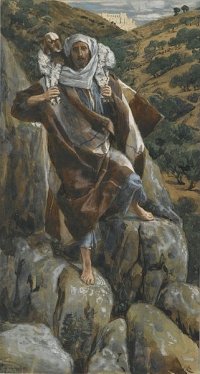 We have had two big papal interviews in a short time, and each time the blogosphere explodes with reflections and worried comments within hours. This fact alone speaks to the speed of communication of the internet age, but it also leads to mental indigestion. Not enough time is allowed for our mind to assimilate what was said.

But there is also a sense that it is somehow our job, with trepidation, to scrutinize what the pope says for doctrinal misstatements, hovering over his every phrase with an orthodoxy detector and waiting for the dang thing to beep. I do not think this is an attitude that a faithful son or daughter of the Church should have.  It would seem to put us in quite a dilemma. We seem to be missing at least one of the first two theological virtues.

The first horn of the dilemma would be a lack of faith. Saint Thomas says that if we don’t accept something that the Church teaches, then we don’t accept any of it on faith, because the ultimate arbiter of what we believe is our own reason. So when we look at Pope Francis’ words looking for some misrepresentation of the Faith, we are in a way making ourselves judge jury and Magisterium. I didn’t get that memo. Even though his informal interviews are not infallible statements, that doesn’t mean he isn’t teaching us. (If he wanted a strictly private conversation, he probably wouldn’t have called up the founder of a newspaper.) If something he says doesn’t seem to square with us, assume it is a bad translation, or assume you need more time to look into it.

The second horn of the dilemma is a lack of hope. “But what if people misunderstand the Pope, or he says something in a way that makes the New York Times think Catholic teaching has changed?”  I think Pope Francis and you and I already know that’s going to happen anyway. He seems willing to take that risk. I’m sure the Father in the parable was not too worried that people were snickering behind his back when he waited each afternoon scanning the horizon for his lost son.  His priority was showing his love for his son by patient expectation. Francis is showing love by patient, respectful conversation.

It’s almost as if we are biting our nails in fear that the Vicar of Christ is going to contradict the Deposit of Faith… Such fear, I would argue, borders on a sin against hope.

It’s natural that the ninety-nine sheep get a little antsy when the shepherd is out looking for the stray, but we don’t have to baaa so loudly.

Lack of hope or lack of faith aside, the key theological virtue in this whole business is love. Pope Francis is willing to run the risk of being misunderstood, even of having his sons at home wigging out, in order to go out searching for his lost sons. That’s what the Shepherd does.

In his Wednesday audience, Pope Francis asked us directly:

“Are we a Church that calls and accepts sinners with open arms, which offers encouragement and hope, or are we a Church closed in on itself?”

Theologian Michael Novak spoke of an anti-papist Baptist friend of his who once remarked about the now soon-to-be Saint John Paul II, “Boy! You have a pope who knows how to pope!” (My high school Latin teacher told us that Yogi Berra had said the same thing about Bl. John XXIII.)

What we are seeing in Francis is some major league pope-ing. (As I said in a prior post, we are seeing evangelization in a radical form.)

So don’t act as his judge, don’t act like the kid in school who assumes he is in charge when the teacher leaves the room, and above all don’t falter in faith or in hope.

This guy really knows how to pope. Let him pope you.