Logic and the Myth of Centrism 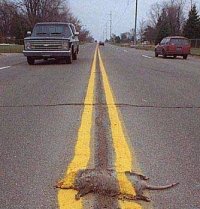 Many lament that America is losing its political center.  The reason lies not in politics, but logic.

This fall’s bumper crop is pundit pieces and op-eds about extremist views in our political system. Ron Fournier’s offering in National Journal is a representative sample. Many pine for yesteryear’s less heated debates about whether the country should lean slightly left or right. Fighting over the steering wheel of the national bus, they say, only makes people hate politics and “partisanship,” as if a politician’s stance was only a matter of party, never of principle.

The fact is, when the matters debated are matters of principle, centrism is a myth and a logical impossibility.

On certain issues, Rodney King’s “Why can’t we all just get along?” has a simple answer: we can’t get along because some people are wrong and refuse to see the truth because they think they have a right to define what is true.

First from Aristotle and then from early Latin logicians like Boethius, the Western tradition learned that not all meaningful utterances are statements (propositions).   What separates a statement, as a matter of logical fact, is that it is either true or false. “Today is Monday” is either true or false. We may have a feeling about whether we are in Kansas anymore, but we are in fact either in it or not.

Of course, reality can be tricky. It may be lightly drizzling as you drive down State Line Rd. in Kansas City, in the penumbra between rain and not-rain, Kansas and Missouri.  But it is not a matter of simple opinion or wishful thinking whether it is raining or not. In the midst of a Wichita downpour, I cannot say “The truth, for me, is that I am in Chicago on a sunny day.”

When the issues of the day do not involve definitions of reality, which in turn impinge on matters of moral principle, politics is largely a prudential art. “What is good for the country right now?” is the operative question. But when matters of debate are not “Should we turn left or right?” but “Where should we be going in the first place?” the operative question is “What is good?”

Today’s political debates are less and less about how to govern (different ways to safeguard certain goods) and increasingly about what the purpose of government is (what are the goods that government should safeguard.) Those are the types of debates that occur in history before revolutions.

Socrates, speaking in his own defense, explains to his fellow Athenians “I tried to persuade each of you to care for himself and his own perfection in goodness and wisdom rather than for any of his belongings, and for the state itself rather than for its interests.”  (Apology, 36c)

The death of a state begins when it cannot distinguish between what is good in itself and what is good for its “interests.” And those who point that out too forcefully tend to get silenced, some like Socrates himself.

Two issues that future historians of America will study, abortion and gay marriage, are examples where centrist positions on the fundamentals are impossible. Attempting to steer a middle course here is akin to the foreign policy futility of treating Jerusalem like the child of a divorce where Jews and Palestinians share visitation rights.

What these issues have in common are incompatible truth claims.

Abortion either destroys an innocent life or it does not.  Marriage either is a natural institution ordered toward the fruitful love of a man and a woman or it is not.  Any law dealing with the meat of these issues must be based on one of those alternatives. It therefore must be based on a truth or on a falsehood.

How we will determine the truth of these issues is another matter. But we first must agree that there is a truth behind them, and that legislative or judicial “I said so” is not the source of truth.

The bizarre logic of Roe v. Wade, whereby the rights of the child prevail in one trimester and those of the State in another with a toss-up trimester sandwiched in between always was bad law because it never made logical sense. (The classical definition of law begins that it is an “ordering of reason.” What is illogical cannot be an ordering of reason and cannot be a law.) It was fruit of the same myth of centrism as the Dred Scott Decision.

Pro-slavery and abolitionist were not extremist positions; they are the only alternatives the nature of the issue logically allows. The same goes for pro-life and pro-choice, for traditional marriage or against it. Trying to drive the middle of the road is a collision course.

History would seem to show that fake smiles and futile compromises about such issues only put off the inevitable explosion of a civil war or a political/religious persecution. When we lose the ability to see the truth, the only “truth” left comes out of the barrel of a gun.

We should not be lamenting the extremes of political debate. Our national fabric is threadbare, and what has been exposed are the issues where compromise is not only impractical, but a logical absurdity.

What we should be lamenting is that our country no longer produces many people who can think beyond their own interests and see reality.