Mercy:  A Force Beyond Feelings 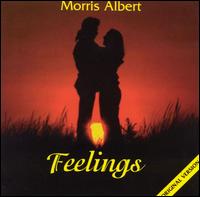 I am naturally predisposed to see the connection between mercy and life forces.  I was born in Misericordia Hospital in the Bronx, back when Catholic healthcare and the Mass still had a certain degree of Latin in them. (It is now Our Lady of Mercy Medical Center.)

My birthplace notwithstanding, the mid ‘70s were formative years for me. This proved devastating for my concept of mercy.

In 1974, Brazilian singer Morris Albert released “Feelings,” and soon it was everywhere.  And I was there, cross-legged in front of a Magnavox console, watching.  The Bionic Woman sang it on one episode.  It was recorded by artists as different as Perry Como and the O’Jays. Carol Burnett’s hilarious character “Eunice” sang it on The Gong Show (and, predictably, got gonged.)

And during preparation for Confirmation, some inspired catechist told us that Jesus loves us like that. He cannot forget his “feelings of love” for us. Honestly, just look at the Crucifix, doesn’t it croon “Feelings… whoa whoa whoa feelings…”?  Suffice it to say that it was not an inspiring example for a teenage boy to follow.

Since there was nobody sounding a gong or giving three X’s for catechists back then, (Bishops, take note of this novel idea: you get to be the Simon Cowell in this scenario!)  Billy Joel’s taunt was true for me that “they didn’t give ya quite enough information.”

Pope Francis’ Angelus message last Sunday is an effective antidote, in case anyone is still infected with this lingering heresy of sentimentalism.  His Holiness said, “The mercy of Jesus is not merely a feeling; it is a force that gives life, that brings man back to life.”

Visiting friends in California, we were at mass this Sunday and the deacon (at St. Sebastian Church in Santa Paula) spoke about how daringly different Christ’s actions were from “nothing more than feelings.”  When we happen upon a funeral procession, we just bow our heads or “keep them in our thoughts”… we feel for them.  We may even pray. Christ feels mercy too, but He halts the procession, touches the bier and raises the son of the widow of Naim.  His mercy is a powerful, life-giving, death-destroying force.

A death-destroying force!  That’s something a teenage boy can get excited about! I wish that deacon (and Pope Francis!) had prepared me for Confirmation.

And since God is merciful with us, we must be merciful with others. That goes way beyond sympathy. One doesn’t share another’s woes by merely singing whoa’s… The Holy Father began the Angelus reflection speaking about Christ’s Sacred Heart. If our hearts are to be like Christ’s, they must live the power of grace and mercy and be life-giving forces for the world.

Julie Andrews once said that the song “Feelings” was too hard to sing, simply because it had no meaning behind it.  An exclusively sentimental Christianity is impossible to live for the same reason.

Speaking of Christ’s Heart, Pope Francis said, “It isn’t an imaginary symbol; it’s a real symbol, which represents the center, the font from which salvation has gushed forth for all humanity.”

I may have been born in Mercy (the hospital) but all of the baptized have been reborn in mercy (the reality!)  And we all have a job to do: to bring the death-destroying power of God’s love to the world around us, every single day, no matter what our transitory feelings may be.