Our Desperate Need for Christmas 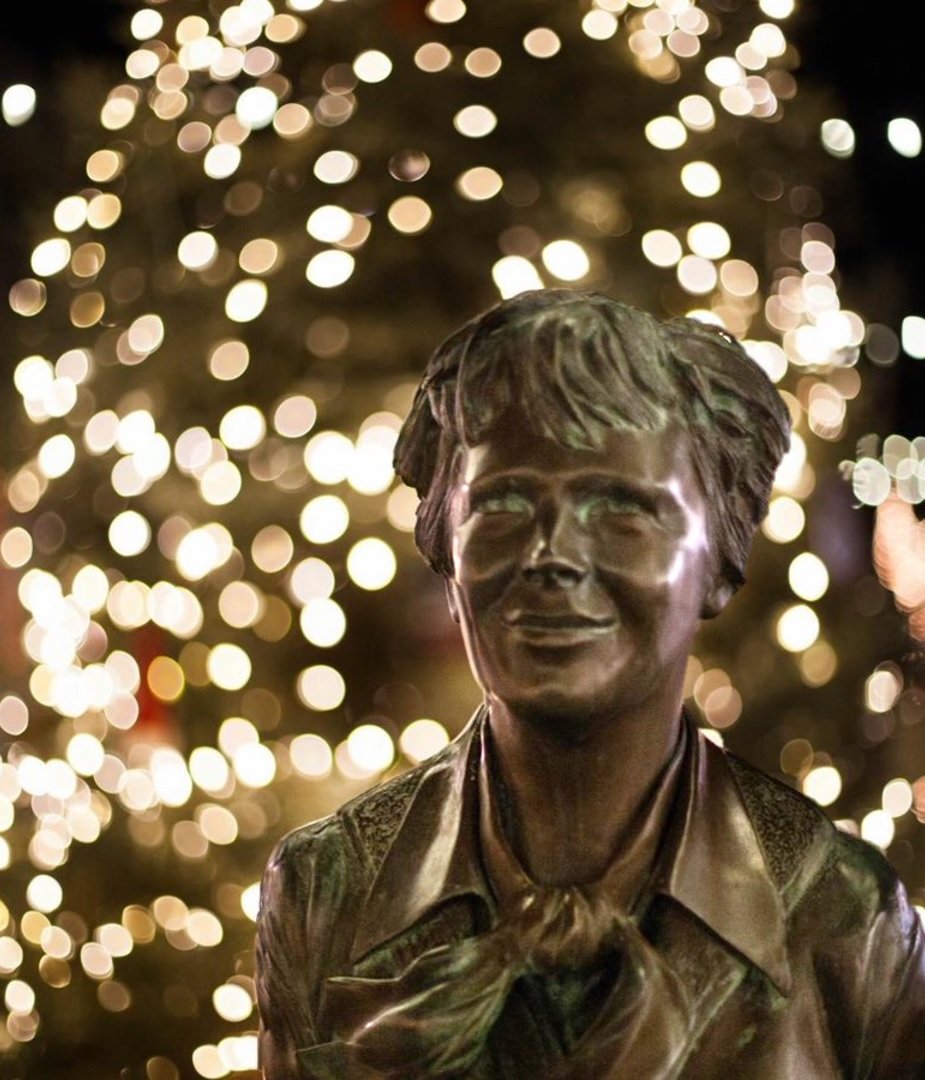 It’s happening again. The streets of Atchison, Kansas, are lit up like a firefly convention. People are dashing madly around to Christmas shopping, Christmas concerts, Christmas parties and Christmas movies.

No matter what our culture does to dampen the faith, Christmas is the fire that just keeps roaring.

There is plenty to complain about in the phenomenon: Commercialism, secularizing the sacred, superficiality and sentimentality. But we seem to have a desperate need for Christmas – and that reveals something about us.

1. We need to know that God exists, and notices us.

We may say there is no God, but we somehow know we are more than chance + evolution + time. We somehow know we are not just waiting to die in a remote corner of the universe like flies in a cosmic alleyway. We know our great thoughts, noble aspirations, found memories and deep longings aren’t just blind products of material forces with no more meaning than an turtle finding a safe place for its eggs.

Christmas tells us that God is not indifferent to us. God is not a cosmic untouchable being. He is aware of us, he loves us, and he is literally at our side.

And we need to know that.

2. We also need to know our innocence is not gone forever.

It happened to us, and we hate to see it happen in our children.

There was a time we were shocked by the evil in the world. There was a time we thought all moms and dads were hard-working and caring, that we could expect only understanding and goodness from our fellow man, and that we ourselves were incapable of doing anything seriously wrong.

But soon we found ourselves immersed in a world rife with horror stories in the news, pornography on the Internet, and violent entertainment on X-Boxes and at box-offices.

Our kids grew up with Hannah Montana and Queen Amidala. Adulthood hands them Miley Cyrus and Black Swan.

Crassness seems to be the story of mankind, but Christmas insists that it isn’t.

We need Christmas because by coming the way he did, God showed us that innocence is still fundamental. God was a baby whose mother and father stood by his side all night. Then he grew old and died as pure as he started. This is who we want to be.

3. We need love to be more fundamental than power.

But Christmas teaches us that God does not dominate us, he woos us. When he finally appears, he appears as a helpless infant. He doesn’t compel anyone to his side; he attracts us there.

And we respond with love like his in an outpouring of gifts and cards and wishes for everyone we can think of.

4. We need to be one with all the people of the world.

It is there over and over again in popular culture. John Lennon imagined a world where all the people would be as one (though his secularist dream has failed whenever it has been tried). We revere people who ended divisions: Martin Luther King Jr.,Mahatma Gandhi, Nelson Mandela. We all remember being enchanted by the beautiful thing that happened after Sept. 11, when argument and division ceased in America and Europe, and people stopped to respect the dead and comfort those affected.

Christmas is one of those times. God, the Dramatist built it that way. He brought shepherds and Wise Men to the crib, the low and the great, and he brings us all to the church together each Dec. 25.

We desperately need Christmas because in a West that has given up on religion, it is one of the last things that authentically delivers what we all know about ourselves: That we are sons and daughters of God, and that our need for him is only matched by his love for us.