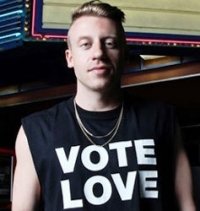 By Vincent Petruccelli | Petruccelli is a junior at Benedictine College and a Gregorian Fellow.

Recently, the video of rapper Macklemore (Ben Haggerty) and Ryan Lewis performing “Same Love” on NPR’s Tiny Desk series ticked me off. For all its astronomical popularity, the song is not a ground-breaking piece of music. Macklemore’s rapping is nothing special and his lyrics predictably draw from the vocabulary of human rights monopolized by the gay-rights movement.

But it’s very catchy and I thought about the millions of people whose convictions would be influenced by this song, even in an undefined emotional way. From this video and a brief immersion in the buzz surrounding it, something hit me: Macklemore has the power.

So after first seeing this smug NPR performance, I felt the answer surging through me: a written response to all of his words, exposing his hypocrisy and ignorance about religion and nature, with acerbic wit and poetic metaphors. Any merit found in “Same Love” would be toast. In a word, I am going to tell the world why I am right and he is wrong.

Many of the articles and videos I have seen since the Supreme Court’s Defense of Marriage Act decision have been along those lines. Recently, the trend blew up as the world reacted to Pope Francis’s comments concerning homosexuality in a discussion with journalists on his flight home from Brazil.

The Catholic Internet presence immediately mobilized to expose the media’s twisting of his words, to show the continuity between him, Pope Benedict, and 2,000 years of Church teaching, particularly the teachings on same-sex marriage.

The reaction mirrors my response to Macklemore (although less puerile): We see that someone else has the power and there is an immediate reaction to expose what is wrong, to defend my camp and undermine their power. Please don’t misunderstand; clarification is good, especially in this case where what is being clarified concerns the ultimate good of mankind. However, there seems to be a false idol creeping its way into the way we face the dominant culture: the false idol of “having the power.”

The underlying presumption is that, with cultural dominance, Catholic orthodoxy will once again begin to change the way people live. In a less flattering way, it is called hegemony. These days, Macklemore, NPR, and the Washington Post, have the clear advantage in that arena.

But that cultural dominance, always based on the conviction of being right, seems to be the goal of much Catholic response to the gay marriage debate and outrage at the media’s response to Pope Francis. The implicit logic is that we must demonstrate that we are right and in this way change our culture. I think both sides of the debate are like this, clearly seen from the stir about the Pope’s comments. We take a couple sentences or even speeches of our Pope and apply them to our already formulated conclusions. We use his words as reinforcement for our bunker.

In this way, we neutralize the challenge Pope Francis is to the world.

Most of us jump to the ramifications of Francis’s words before letting ourselves be amazed by him. Who is this guy? Why is everyone fascinated with him? Why is he the way he is? These are questions no one asks.

Instead, we feel the need to prove, to elaborate, to defend. We create witty gut-shots and “ha-ha” moments of truth aimed at the mistaken notions of the dominant culture. But we rarely speak of Jesus. Or if we do, He is a footnote supporting how we think people should behave.

What we are missing in this case is the challenge of a man completely possessed by Christ. Our Holy Father’s actions show us the kind of poor and total love that was never seen on earth before God became a man. And he relentlessly explains to us that the only possibility to experience this love is to encounter Jesus.

I’m not saying that the lobby (what Pope Francis condemned) that Macklemore speaks out for is justified; I think it is wrong on many levels.  But it was only in my encounter with Jesus that I began to see the world in its truth, including human sexuality and the necessity of the family.

It seems that Macklemore, along with most of the world, has not had this encounter. Yes, I condemn his lobby, but, more importantly, I am sad that, in the absence of Jesus, he must bank on power and trend. I am sad that the world that completely accepts Macklemore has completely forgotten Christ.

All the more reason to let ourselves be struck and challenged by Pope Francis (on that note …).