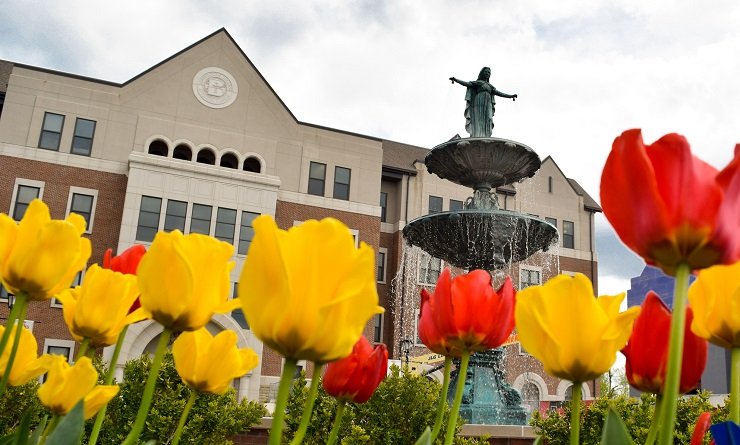 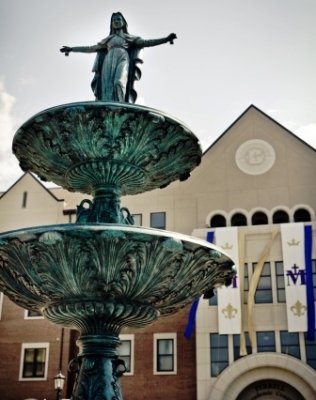 1. On Sept. 8, Abbot James Albers of St. Benedict Abbey consecrated Benedictine College to the Blessed Virgin Mary and the college unveiled a 21-foot fountain statue of Our Lady of Grace. 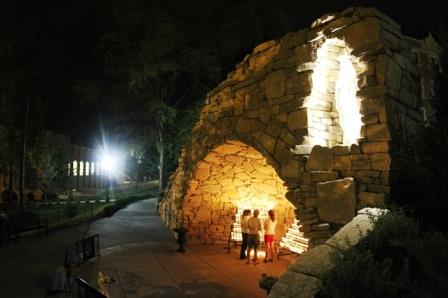 2. Mary’s Grotto was built in 2008, the 150th anniversary of both Benedictine College and the apparitions of Our Lady of Lourdes. 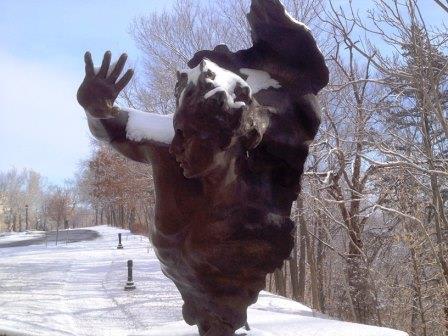 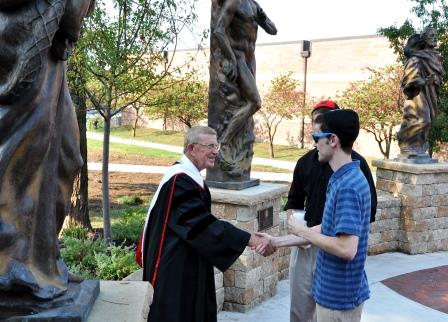 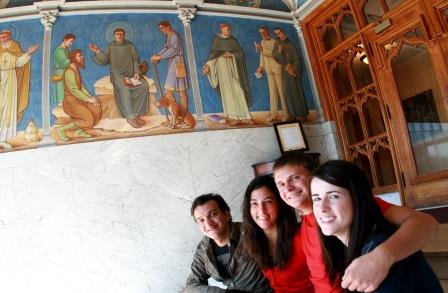 6. The Great Catholic Intellectuals mural at Benedictine College flanks the entryway of St. Benedict Hall. It was painted in 1939 by Brother Bernard Wagner, a monk of the Abbey on campus. 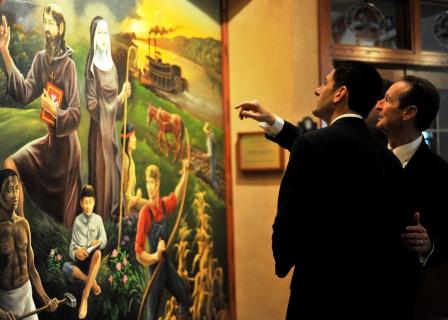 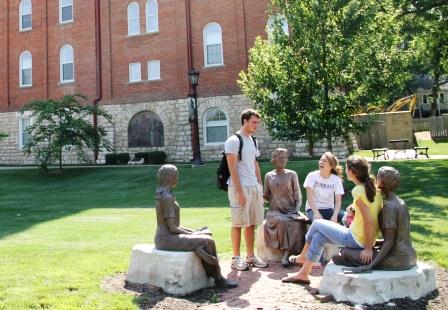 8. The Scholastica Plaza in front of Elizabeth Hall features statues of sisters and students of Mount St. Scholastica monastery. 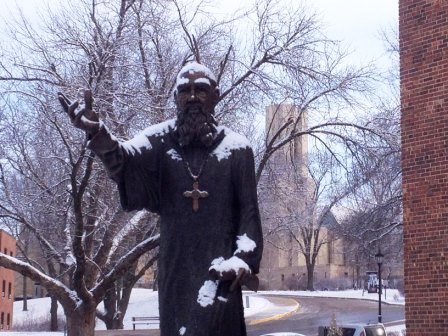 9. In 2011, the college unveiled an 8-foot-tall statue of St. Benedict by Kansas City artist and Benedictine College alumnus Tim Mispagel. 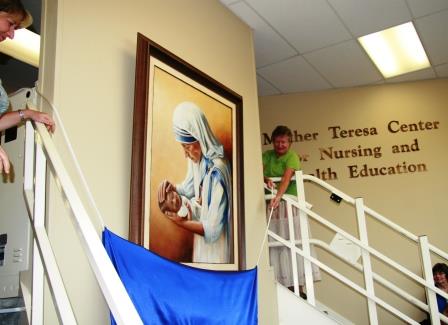 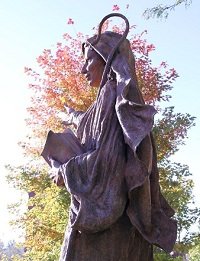 11. The Benedictine Sisters of Mount Saint Scholastica Monastery in Atchison commissioned a statue by Bill Hopen of St. Scholastica for their sesquicentennial. The statue was unveiled on October 17, 2014, in front of Elizabeth Hall on Benedictine’s campus. 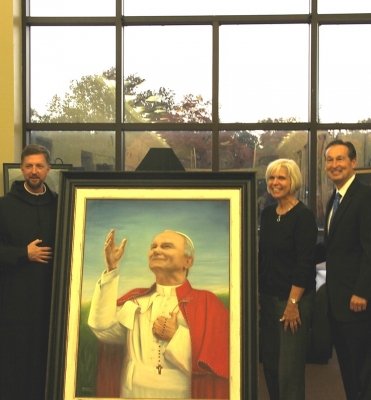 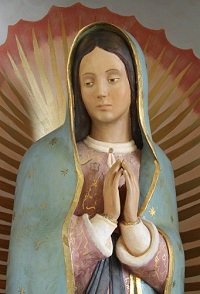 13. The statue of Our Lady of Guadalupe is across from the St. Juan Diego chapel in the new Guadalupe Hall, the 10th new residence hall at Benedictine College in 10 years.