The Hard Way of Francis 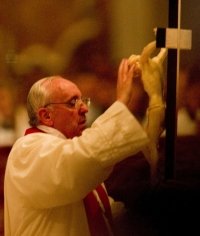 He came right out of the box with this one, in his first Mass after becoming Pope, saying that without Christ we are no more than a “pitiful NGO” adding:

After that, he has returned to the cross again and again in his preaching, perhaps in the most developed way at the day of prayer and fasting for Syria:

We might as well admit it: Americans are not people of the cross. Our arguments for everything from the Atomic Bomb to abortion could be summed up: “I must not suffer, whatever the cost to others.”

Pope Francis points out that this attitude is disastrous.

Of course this makes us extremely uncomfortable. Turning the other cheek is fine when it means “This Lent I will not answer back to that negative co-worker.” When it means sustaining a significant national loss or changing our whole life’s direction, that’s another matter.

Which leads us to a second Francis theme … 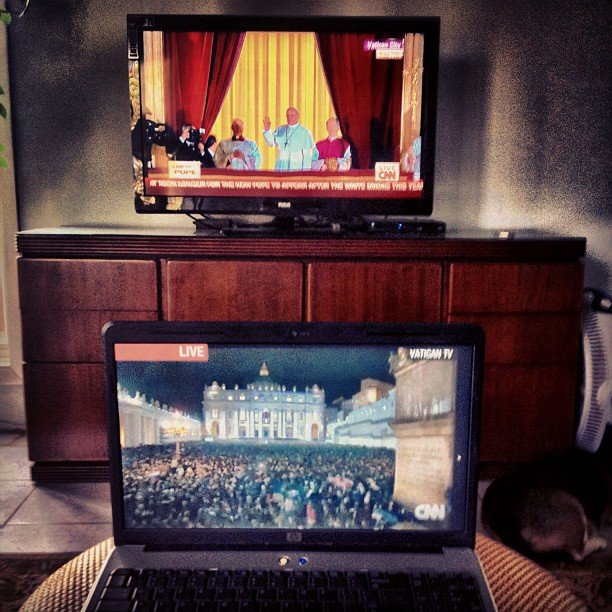 Pope Francis has said again and again that the love of money is the definitive, destructive faith of our time. He voiced this theme movingly at his Sunday Mass in Sardinia, but he was edgier at his private Mass on Friday:

But he went into most depth on the theme in an address to ambassadors on May 16, tying  our love of money to our great unhappiness:

A typical cycle goes like this: We restlessly seek to end every discomfort and boredom in our lives. It doesn’t work, so we buy more and more things to titillate and distract us. Soon we have grown addicted to shiny new me-gifts.

We ditch savings for consumption and our biggest debt expenditure each month is no longer mortgage but MasterCard.  We ditch “family values” and make pornography one of the biggest segments of the entertainment industry in America.  We ditch human rights and give China most favored nation status so the Walmart shelves won’t be bare.

And then, living in the lap of borrowed luxury, we find we can’t help the poor as much as we would want to.

Living as the Pope suggests is no small thing. Tithing  won’t do it (though it’s a start). We would have to forgo the trinkets and gadgets we consider a necessity and start offering old-fashioned, honest-to-goodness necessities to others.

3. Be more maternal and less paternalistic. 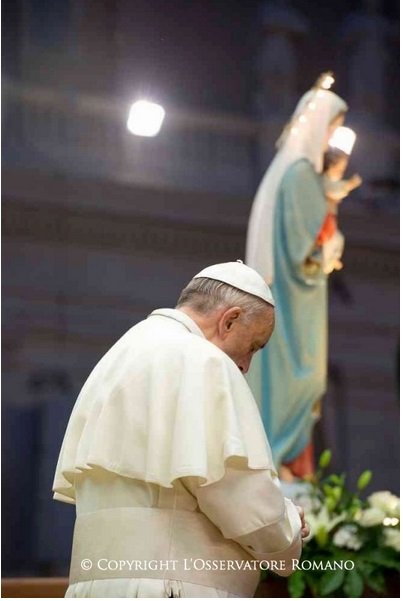 Along with Christ crucified, Pope Francis has put Mary at the center of his pontificate from his first morning visit to St. Mary Major to his upcoming consecration of the world to the Immaculate Heart.

What does a mother do?

This, once again, rubs against the grain of 21st century America.

We evangelize like a dad standing over his son and telling him why his skinned knee is not that big a deal. Pope Francis wants us to evangelize like a mom, embracing her son, saying how sorry we are that it hurts and offering a Band-Aid.

As my friend Dr. Edward Mulholland points out, no mother introduces her son as “this is my son, the drug addict.” Likewise, no mother looks at her son and says to herself, “homosexual.” She always says “son.” The Pope wants us to be Mother Church to the world.

That’s why I call it the Hard Way of Pope Francis.

To follow it means to go from suffering-averse to cross-centered; from profligate spending to budgeted generosity; from “father knows best” to “mother is here.”  It can be done, but it can’t be done painlessly. More than that, it has to be done. As Pope Francis himself summed it up in Rio:

To remind you: The Beatitudes say to be poor, misused and meek, and Matthew 25 says you’ll go to hell if you don’t (and heaven if you do!).

If it seems like too much, it is. Pope Francis provided a clue to where he gets his own staying power when he shared his daily prayer routine in his interview with America magazine:

The hard way of Pope Francis starts there. 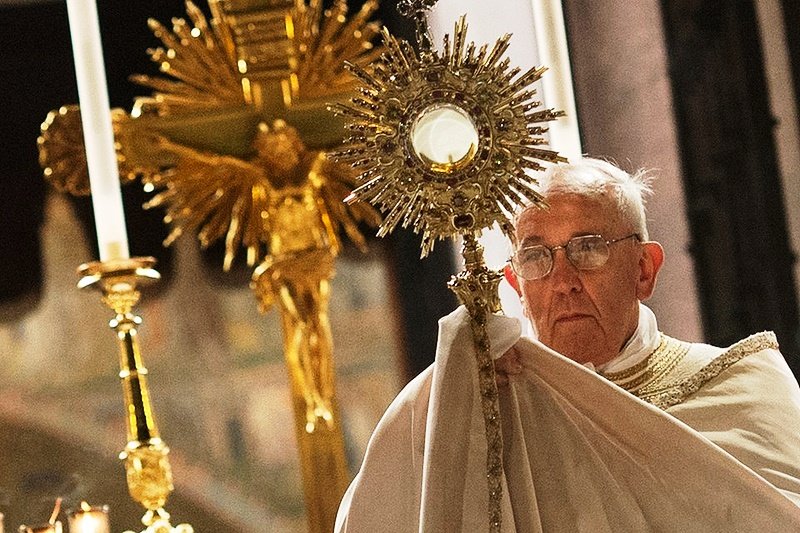