The Lessons of History: Leadership, Power, Experts, and Original Sin 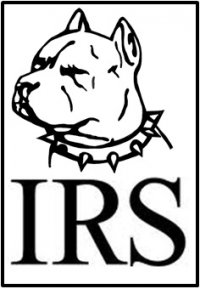 The American Eagle, as a national symbol, was meant to epitomize of the nobility, grace, and beauty of the soaring American spirit. The Internal Revenue Service (IRS) on the other hand tends to viewed as something akin to a pit bull for its tenacity and gripping power.

In fairness to careerists in that much maligned agency (which is somehow called a “service”) tax collectors have never been popular anywhere in the world, at least since the days of the Roman Empire. Christ was berated by the Scribes and Pharisees in scriptures for “eating with tax collectors.” Zacchaeus and Matthew, two scripturally prominent tax collectors, became exceptions to the rule through the miraculous power of the Lord.

The IRS and the pressure it has exercised over groups with Tea Party, Patriot and other such subversive words like freedom and right to life, in their titles has been stage center in American media in recent days. This post could be described as courageous or just plain foolish given the agency’s track record of data mining in critics’ personal communications, e-mail, and social media. We were being warned earlier by the Obama administration that 16,000 new IRS agents need to be hired to advance the successful implementation of the Affordable Care Act – Obamacare. Why does this make some of us a bit queasy?

It is true that elected public office holders need experts (bureaucratic personnel) to provide content, context, and clarity, to complex public policy decisions. Accountability of large bureaucracies to elected officials and the citizens depends on the willingness of bureaucrats to work in a professional and evenhanded manner. In addition, accountability depends on the willingness of people like politically appointed agency and department heads to play the game within the rules rather than using their authority to protect those who appointed them. The recent IRS scandals eerily demonstrate that there should not be one set of rules for the half the population who voted for the winning candidates and another for those who supported the losers. Nothing less than public confidence in the inherent fairness of the US government is at stake.

Events like the targeting of citizen groups by the IRS makes second class citizens of anyone who with the audacity to question the powers that be. The political use of the “government” to punish one’s enemies is not exactly something new. Richard Nixon had his enemies list. LBJ and his friend Edgar (J. Edgar Hoover, Director of the FBI) collected plenty of dirt on the President’s opponents and the list goes on.

The difference today is significant and virtually unprecedented. The IRS, is accused of going after not major public office holders or even whistle blowers, or high rollers and just the big buck millionaires who bankrolled their opponents. No, this time average citizens were placed in the cross hairs. Small business owners, mothers and grandmothers, members of PTAs, and church goers and people from small communities were being coerced and bullied. Few of them had the big bankrolls to hire legions of lawyers to help them to assert their rights to speak and advocate as enshrined in the first amendment.

Legal speak truism says that “justice delayed is justice denied.” The IRS did not deny these small groups a tax status; they simply inundated them with multiple forms to fill out and questions to answer. By the time of the November elections in 2012, some of these average Joes had waited three years to get a judgment on whether the groups they had created would qualified for tax exempt status. All too many of them did what the bullies at the IRS seemed to want and just threw in the towel. Many of them, for the first time in their lives, were subjected to IRS audits of their personal income taxes. What an interesting coincidence.

If this was, in fact, being done by “rogue elements” in the IRS as some people in high places suggest, this situation would not be as disconcerting. Too often, unfortunately, presidents appoint department heads to oversee the professionals in the bureaucracy based more on loyalty to the president than their expertise in dealing with the department’s business. Presidents do not have to soil their reputations with such grimy activities. This is known in the business of politics as giving the boss, “plausible deniability”. It is as if those in exalted positions should be able to set a tenor of intimidation without having to pay any price for it.

Richard Nixon once said, “if the president orders it that makes it legal.” Some presidents speak of “my Cabinet, my staff, my Secretary of State” as distinct from saying “The Secretary,” or “The Director” which would show respect for long standing institutions like the State Department, Defense Department, or the CIA. One expects monarchs such as Louis XIV of France to believe “l’etat c’est moi.” Such egotism is a bit frightening emanating from “People’s House” on Pennsylvania Ave.

Scripture, especially in the Old Testament, reminds us that such gifted leaders as David and Solomon were subject to the effects of original sin and gave in to their basest of instincts. Historians like British Lord Acton (1887) have warned us that: “Power almost always corrupts and absolute power corrupts absolutely.”

Today, the targets of the wielders of such unaccountable power are Tea Party members, Pro-lifers, and even members of the vaunted Fourth Estate in the Washington Press corps. Unless those who would use the power of government against devotees of freedom of expression are held to account this time by Congress, the courts and public opinion, respect for our democratic institutions will erode further.

Spanish philosopher, poet and social critic George Santayana (1863-1952) reminded us, after the experiences of World War I and World War II, that “those who cannot remember the past are destined to relive it.”