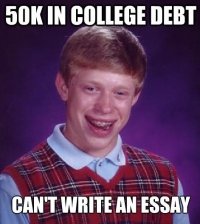 It is college graduation season, and conflict over commencement speakers is the flavor of the month, with a side order of reflections about who these mortar-boarded (gee, that sounds like torture) young people really are.

I have taught young people in college, seminary and even high school for twenty-plus years. I am Jane Goodall among primates. I have closely observed their behaviors, eating habits, bizarre mating rituals. Time Magazine has already christened the millennials as “lazy, entitled narcissists,” before some other words of praise. I wish to comment only on one aspect of their intellectual development.

This the Twitter generation.  They were raised on McNuggets of mind and of body. They have the attention span to read a billboard. They are more suited to write ad copy than term papers. I state this fact not necessarily as a criticism. It is a weakness of sorts. It is also a strength, but one which, I will endeavor to show, contains a risk.

Today’s graduates never had a textbook, at any level of instruction, which did not have a picture on every page. Think about that.

Ideas, for them, are always interspersed with side-bars, captions, summary text boxes along a diagonal. They tend not to be newspaper readers. They prefer the screen to the written page. They almost always have the option of customizing the way they receive information. Even when they read the same content, it is on their own terms, fonts, colors and screen savers.

All of this means that they struggle with that Arts and Letters staple: the five paragraph essay, (and its longer siblings.) They struggle with longer readings, and especially with secondary sources. It is inexperience with such sources at the high school level, in my opinion, that has hampered their essay writing. After all, a paper about Mark Twain looks more like an article about Mark Twain than it looks like Mark Twain.

But this communication gap does not mean they lack understanding. The concepts are there, and when you ask for a PowerPoint or similar interactive presentation, they emerge.  They can often encapsulate understanding into few words, especially when they can choose an accompanying image. They are the Meme generation.

The fact that they understand billboards means that they can make them, very effectively. If one looks at the verbose, overly direct advertising of the 50’s and 60’s, you will see a different generation, one which was adept at essays but could not compact their communication into a punch. The millennials are all punch, which is good, but are less adept at the longer, deeper reasoning process, which is a weakness.

But aren’t you, college professors, supposed to remedy this? Well, we assign essays and readings, but we are also trying to find ways in which to cater to strengths students arrive with. That’s why essays were assigned in the first place. That was the accepted medium of idea exchange. I am not a harbinger of the end of the essay, but I foresee more , not fewer, avenues for other, more interactive, communication of ideas in the future.

The further risk which I see, during my weekday hours in the millennials’ natural habitat, is that this McNugget communication ritual aims not at the sharing of truth, but of eliciting an emotive response. And this response, increasingly, is a quick chuckle and on to the next thing.

In other words, the Meme Generation is morphing into the Meh Generation. And this is what I most worry about. The lowering of an attention span in the pursuit of truth is problematic, but educators can deal with it. We deal with it by motivating them with things they care about. There’s nothing like a description of the life of a slave to make students delve into Huck Finn’s gradual unlearning of his prejudices as he and Jim float down the river.

But what can I do when the attention span of their heart is diminished? Ignorance weakens. Apathy kills.

The remedy is what I call “the laboratory of the humanities,” and we will discuss it in another post. For now, ask your millennial what his or her summer reading plans are. Even better, choose a book to read together and Tweet about it.