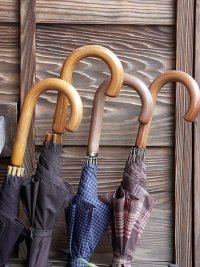 On a dismally rainy Sunday Pope Francis gave a homily at a Mass, already planned under Pope Benedict as part of the events of the Year of Faith, to representatives of different confraternities of popular piety throughout the world.  Yes, those little prayer groups you’ve seen at your parish and thousands that you have never heard of, praying to saints you know only in passing, and devotions that sound the thing of Catholic sketch comedy (a favorite of mine: devotion to the shadow of St. Peter.)

And they all have something in common (beyond the fact that, to print pamphlets, their go-to fundraiser is without fail that old classic: the bake sale.) The Holy Father said, “Down the centuries confraternities have been crucibles of holiness for countless people who have lived in utter simplicity an intense relationship with the Lord.”  In other words, these are the groups that really get the job done. The job, of course, is making people holy.

The homily began with an atta-boy to a crowd which braved the rain. He later made reference to umbrellas.  It is an even money bet that you can name, right now, three or four people who belong to small groups in your parish who show up, rain or shine, and who own old umbrellas.  My recommendation?  Buy one of them a golf umbrella and share it with them. These are the people who teach you how to be Catholic. They are God-centered people who conceive of their life as a mission, and who, often in silent, other-serving ways, live lives that revolve around prayer and the sacraments, and who also seem not to care much for the ups and downs of Hollywood stars, though they may pray for them, commending some of them, no doubt, to the shadow of St. Peter.

An umbrella is an interesting mechanism. A central rod, with spokes going forth and forming a circle, a shield from rain or sun.  But the spokes must all emerge from the same center, and they must not stretch further than the others.  The Pope spoke “the center from which everything must go forth and to which everything must lead: loving God and being Christ’s disciples by living the Gospel.”

And where do the spokes extend? To every culture on earth.  What purpose do these groups serve? Why this multitude of popular devotions? Pope Francis said: “You have a specific and important mission, that of keeping alive the relationship between the faith and the cultures of the peoples to whom you belong.”  That is major.  An umbrella cannot do its job with two or three spokes.

There is no one-size-fits-all Christianity.  There must be many devotions, many roads to suit the many cultures and personalities of God’s children.  But all under the one umbrella of the Church.

But what goes out must also return. And popular piety, though unmistakably part of its culture (nothing is more Mexican than devotion to Our Lady of Guadalupe; nothing more Spanish than the Virgen del Rocío) points back to the center. It leads us to Christ and his Church.  Again Pope Francis: “In this Square I see a great variety: earlier on it was a variety of umbrellas, and now of colors and signs. This is also the case with the Church: a great wealth and variety of expressions in which everything leads back to unity; the variety leads back to unity, and unity is the encounter with Christ.”

If you think that you could use a deeper relationship with Christ, chances are there is a small Church group or a popular devotion you may have missed, that will bring you both out and in. Farther out, into the patchwork of faith as it bears fruit in every culture, and father in, into the central mystery, the core of our seemingly-so-diverse lives: a saving encounter with the Lord of sun and rain.