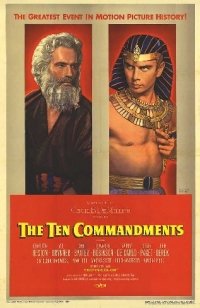 A  poll about “Proudly Catholic” movies is creating a buzz. Many are voting for their top five, while many are suggesting movies not listed on the list. But it is forcing us all to ask a very important question: what makes a movie Catholic?

Among the amazing discourses of Cardinal Newman’s The Idea of a University, there is nothing about film. Understandable for a work before motion pictures. But he does speak about literature. Perhaps we can extrapolate.

Newman states: “By ‘Catholic Literature’ is not to be understood a literature which treats exclusively or primarily of catholic matters, of catholic doctrine, controversy, history, persons or politics; but it includes all subjects of literature whatsoever, treated as a catholic would treat them, and as he only can treat them.”

So a Catholic theme or subject doesn’t make a Catholic movie.  There are plenty of movies about the Church or with priests as prominent characters that are not Catholic movies. I would put “The Da Vinci Code” in this category.

But what does it meant to have a subject “treated as a Catholic would treat them, and as he only can treat them”? To answer that would require a PhD thesis, but I’ll try to give three broad stokes as an initial sketch of an answer.

This last point, in a way, ties the first two points together. The Church is an extension of the incarnation, with a divine origin, but containing us, fallen sinners, as members.  A Catholic sees the world as, in Hopkins phrase “charged with the grandeur of God.”  That grandeur can appear in simplicity and silence or in fire and brimstone.

In either case, God is drawing mankind toward Himself. For a God who is love is the hidden protagonist of any film that is Catholic. He may act directly and miraculously, or He may act in the simple truths of simple lives of simple people. Like the truly great directors, He seems to prefer playing in these simple houses.