You Can Spot a Saint a Smile Away 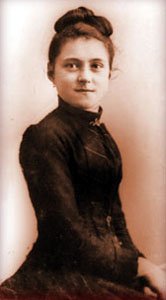 In an overlooked address, Pope Francis gave religious and all Christians a one question conscience exam on sanctity: do you smile like a stewardess?

It was a father with his daughters. It was a general with his heavy artillery officers. It was an old man seen by millions with women the world never sees. One of the least commented upon episodes of Pope Francis’ day trip to Assisi last Friday was his impromptu talk to cloistered nuns in the Choir Chapel of the Basilica of St. Claire.

He spoke directly, heart to heart, without a prepared text, beginning, “I thought that this meeting would be like we have done twice at Castel Gandolfo, in the General Chapter Room, alone with the sisters, but, I confess, I don’t have the courage to send the Cardinals out, so we’ll do it like this…”

He began telling them what the oldest and holiest among them know, that when a woman enters a cloistered convent, a transformation begins that is never fully understood. What seems like isolation is a profound and ever deepening connection to Christ and all of his Church. The contemplation of Christ, far from separating them from humankind, brings them ever closer.

“When one goes along the path of the contemplation of Jesus Christ, of prayer and of penance with Jesus Christ, one becomes immensely human. Cloistered nuns are called to have a great deal of humanity, a humanity like that of Mother Church. To be human, to understand all things about life, to be people who know how to understand human problems, who know how to forgive, who know how to pray to God for people. Your humanity. And your humanity goes down this path: the Incarnation of the Word, the path of Jesus Christ. And what is the sign of a sister who is that human? Joy… joy… when there is joy! It saddens me when I see nuns who aren’t joyful. They might smile, but it’s a flight attendant’s smile. But not with the smile of joy, the joy that comes from within.”

As St. Teresa of Jesus said  years ago, “A sad saint is a sad saint.”  (It’s a pithy pun in Spanish, the sense being that a saint who is sad is a sad excuse for a saint.)

We all know when a smile is forced and inauthentic. And we all respond to a smile that is the fruit of joy and holiness.  I recently attended mass at Benedictine College and one of the old monks was the main celebrant. The smile of Fr. Denis Meade, OSB, is not that of any flight attendant in the world, unless the plane takes you to heaven. I tried to capture the saintly and eminently priestly quality of it in verse. I failed, but it was worth the try.

I hope some day I am holy enough to smile like he does, like Pope Francis does, like the cloistered sisters in Assisi did when the pope spoke to them.

His smile does not start in his smile.

It rides a wave of eyebrows arched

It pools serenity in wisdom eyes

Keen in kindness, in purity piercing.

Taking the stage beneath a button nose,

A grin of recognizing welcome sounds the overture,

Widens in crescendo to embrace all that you are:

The good its fanfare celebrates;

The not-so-good its melody mercies

(Its strains are sometimes grimaces of pain.)

As it fades to pianissimo, releasing you,

You and the silence are richer,

For his smile does not end in his smile.