As Lent Approaches: Confessions of a Roamin Catholic 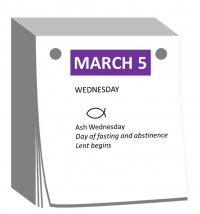 Many of our readers are no doubt familiar with Dr. Scott Hahn’s apologia for his journey to the Catholic Faith he titled Rome Sweet Home. The blogosphere is filled with Catholic apologists who had been attracted to the Church from Protestant faiths. Here at Benedictine we have been blessed to have members of our faculty and staff who were clergy for other denominations who found their way to the Church through careful study of Scriptures, examining the writings of the First Century Church fathers. Marcus Grodi has developed the Coming Home Network to accommodate those who are Christians but have questions about closer communion with the Catholic Church. Programs like Catholic Answers Live are often populated by apologists who are either converts or reverts.

This post is not about them, though, but more concerned with being a Catholic in an incredibly demanding age where so many things conflict with taking the time to be in the presence of the Lord.

The daily commute has become a staple of American life. Sports games, scouts, clubs and organizations and work responsibilities which fill our increasingly extensive waking hours leaving little time for anything else. As Lent approaches a week from today, we are called to a closer relationship with the Lord. It takes planning.

Most of you may not know this but for 14 years I have been driving approximately 70 miles each way to come to teach at Benedictine. What attracted me here after a long career in State College and University teaching was not Amelia Earhart or the Snow Geese or Osprey or the flora and fauna along the bluffs of the Missouri River — but the authenticity of the Catholic faith and the richness of its expression.

Pope Francis did not have to tell this place how to be Catholic as he did in a recent letter to the President of our alma mater (my wife Mary’s and mine), Notre Dame. I remember once telling our Benedictine College President Stephen Minnis, that our mission could be described as “truth in packaging.”

Back in 2006, Mary and I went to Oxford University in England to give a paper on the President’s role in dealing with Terrorism. Ironically, we had a terrible time getting home because there was an unscheduled practicum when 14 terrorists were intercepted trying to commandeer 10 planes headed for the United States. During our stay, as I was walking across campus one afternoon, a Scotsman came out of Lincoln College and asked me a most unexpected question. You see, I was wearing a rain slick jacket (duh … it was in England) and it had the Benedictine name and logo on it. He asked me “Is that the one in Kansas?” I was more than just a bit surprised. Of course Benedictine College has been around since 1853, so it had time to develop a reputation, but the Scotsman wanted to know why a small liberal arts college was growing there when similar places were going out of business.

At this year’s overflow Scholarship Ball, our President Minnis, showed graphics about the explosive growth that reminded me of that conversation with the man at Lincoln College, Oxford. “Well,” I told the Scottish professor, “the word has gotten out around the United States and I guess the world, that Benedictine College said it is Catholic and means it.” What a blessing it is to be a part of this “School of His Own Service,” to cop a line from the Rule of St. Benedict.

So now you think you understand the “Roamin” Catholic. We aren’t quite there yet. As Lent approaches, hope that you keep the following in mind. The roamin’ refers to getting from Overland Park, Kansas to Atchison and squeezing mass in on the way. In his wonderful book on active parish life, Dynamic Catholic, (generously provided by the parish leadership in our home parish, Ascension in Overland Park) Matthew Kelly speaks of the fact it is understandably too difficult to for most Catholics to express their Catholic faith by going to daily Mass.

How blessed we are at Benedictine to have well attended daily Masses at the Abbey, St. Benedict’s Church (another Dynamic Catholic provider) and St. Martin’s Chapel. Confessions are readily available too and it is so uplifting to see students and faculty alike availing themselves of these blessings. Still it can be difficult to get to those masses with classes and travel to and from campus in the not infrequent Arctic blasts and snows that have graced us in the winter if 2014. So, I find myself a Roamin Catholic.

Unlike our Protestant brothers, we can be in the Real Presence of the Lord at many times and in many places for mass and Eucharistic adoration on a daily basis. Masses begin down here in the KC south area at 6:15 am at Prince of Peace in nearby Olathe, there is another at 6:45 at our Ascension parishes and various times in all the local parishes including Ascension’s weekday noon masses year round. As Lent approaches and you find yourself in the position of wanting to be in the Lord’s presence at Mass, remember www.masstimes.org. When we thank the Lord for our blessings, we want to remember to thank him for all of those clergy, religious and laity, who make his Eucharistic Presence available for us often 24-7. To be a Lenten Roman Catholic, remember may mean that you’ll have to be a Roamin Catholic like me.  How blessed we all are.