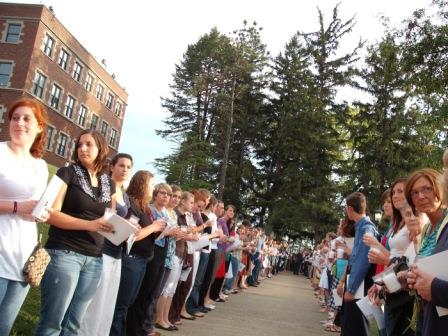 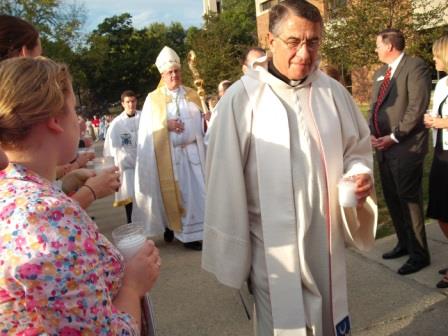 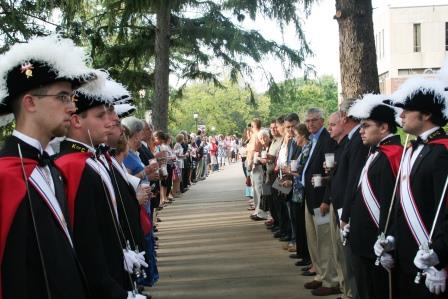 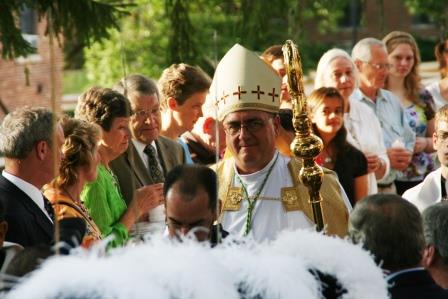 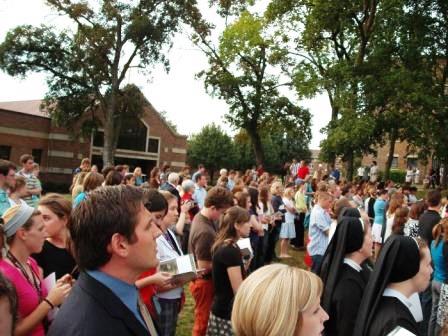 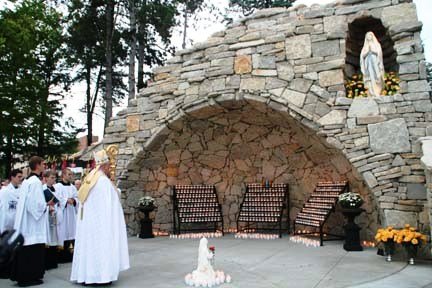 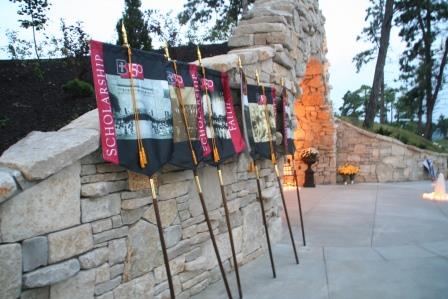 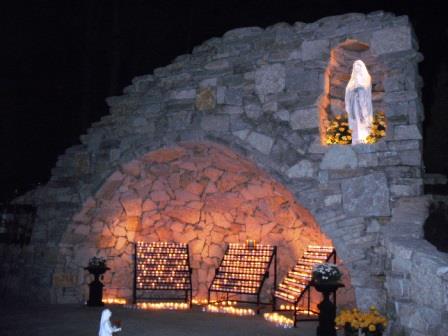 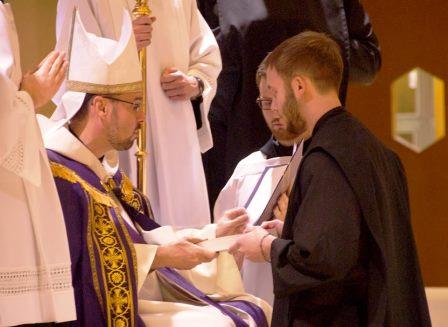 Lining up for the procession on Sept. 8, 2009. (Photo by Brother Benedict)

Abbot Barnabas was Abbot at St. Benedict’s Abbey in 2009. (Photo by Brother Benedict)

The audience gathered in the field below the Grotto. (Photo by Brother Benedict)

Banners rest on the Grotto wall after the ceremony. (Photo by Megan Bickford)

The Grotto on the night of its dedication in 2009. (Photo by Brother Benedict) 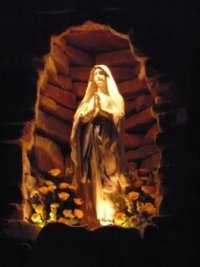 by BROTHER BENEDICT GEIST | Brother Benedict is a monk at St. Benedict’s Abbey.

Today marks the fifth anniversary of the dedication of Mary’s Grotto at Benedictine College. (Click for Archbishop Joseph Naumann’s account of the day, “Prayer Stops a Kansas Storm.”)

St. Benedict’s College (one of the precursors of Benedictine College) was founded by the monks of St. Benedict’s Abbey in 1858, the year that the Blessed Virgin Mary made her appearance at Lourdes.  It seems highly providential that in that year, a college that would soon be dedicated to Mary’s intercession would be founded in America. Mary’s Grotto is modeled off of the Grotto at Lourdes.

I wanted to share some pictures from that day 5 years ago, which I was blessed to attend. (If you are reading on e-mail, click here for the pictures.)

Remember, O most gracious Virgin Mary, that never was it known that anyone who fled to thy protection, implored thy help, or sought thine intercession was left unaided.

Inspired by this confidence, I fly unto thee, O Virgin of virgins, my mother; to thee do I come, before thee I stand, sinful and sorrowful. O Mother of the Word Incarnate, despise not my petitions, but in thy mercy hear and answer me.