How New Media Can Enhance Our Lives 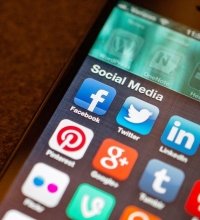 When I shared the terrible things social media are doing to our lives, I started by quoting Plato’s fears that writing would hurt our memories.

He was right — it did. But of course writing did much more than that: It put an order and discipline to our thinking that not only made us better story-tellers (read the oral-tradition Epic of Gilgamesh some time), but helped order our brains for higher-level thinking as well.

It is the same with the Internet. Yes, it has rewired our brains in unfortunate ways — but it has also made available a world of information, inspiration and opportunity.

In his address for this Sunday’s World Communications Day Pope Francis sorts out the good that exists despite the bad in new media.

He wants Catholics to enter social media “with fresh energy and imagination as we seek to share with others the beauty of God.”

“Let us boldly become citizens of the digital world,” he says.

Yes, let’s. But how? A Pope can’t really give the practical tips necessary for that to make sense. I don’t think he spends much time on Pinterest, for example. But he does lay out principles, and it is the laity’s job to apply them, so here’s an attempt ….Grand Canyon

First, says the Pope: Be the kind of person who gets questions asked of them. “Effective Christian witness is not about bombarding people with religious messages,” says Francis. What is it about? He quotes Benedict in answer: “we need to be available to others by ‘patiently and respectfully engaging their questions and their doubts as they advance in their search for the truth and the meaning of human existence.’”

Not many of us can do that. We don’t get questions asked of us because our wayward brother or our seeking neighbor both know we will either become too contentious (wanting to win) or too pat (wanting to be perfect). In the blogging world, some writers have found ways to make themselves the kinds of people who get asked questions: Simcha Fisher comes to mind, and Marc Barnes too … The goal is to be an incarnational Christian who lives in the world but not of it. Ultimately  Millennial hardcore Catholics will need to lead the way here (I’m looking at you, Melissa Keating).

Second: See a world full of neighbors instead of just seeing a bunch of sinners. “Communication is really about realizing that we are all human beings, children of God,” wrote Francis. “I like seeing this power of communication as ‘neighborliness.’” He used the parable of the Good Samaritan to explain.  “Nowadays,” writes Francis, “there is a danger that certain media so condition our responses that we fail to see our real neighbor.”

Next: Make the Church look beautiful. “We are called to show that the Church is the home of all,” writes Pope Francis. “Are we capable of communicating the image of such a Church? … We need a Church capable of bringing warmth and of stirring hearts.”

A great model for this, I think, is “Humans of New York,” a photographers’ celebration of humankind as observable on New York streets. There is something supremely Christian about seeing and appreciating people for who they are and not dismissing them according to moral categories — and at the same time there is something deeply worrisome in the site’s refusal to apply any values except those acceptable to pop culture. A “Humans of the Church” approach in some form would be a beautiful thing, but …

Sixth: We should look at our communities, not our navels, online.

“If a choice has to be made between a bruised Church which goes out to the streets and a Church suffering from self-absorption,” writes the Pope, “I certainly prefer the first.” He said the “digital highway” counts as “a street teeming with people who are often hurting, men and women looking for salvation or hope.”

Many of us are using the Internet the wrong way. By connecting only with those who affirm  us, and reading only the opinions that mirror our own, we cordon off a comfortable version of the world online, a world that neither expands nor challenges us. This is self-absorption.

The trick is to put the Internet at the service of the real world instead of using it as a replacement for it. How? You ask? One answer is …

“It is not enough to be passersby on the digital highways, simply ‘connected’,” writes Francis; “connections need to grow into true encounters.”

The Internet should be good for this. The most popular sites on the Internet lead outside the Internet: Facebook re-connects us with people we otherwise lose track of; Google maps takes us to real places that exist outside of streetview; Craigslist connects those who need to get rid of couches and those who need couches.

Catholics are already using this technology to serve others: We have made the Internet into history’s largest prayer wall. But surely we can do more. We can use social media to reconnect with real friends (rather than using it to replace real friends with fake friends). Surely we can figure some way to use the Internet to discover the needs of those around us, and then address them.

That’s probably the key to the whole thing: using the Internet to reach out.

“By means of the internet, the Christian message can reach ‘to the ends of the earth’ (Acts 1:8),” writes Francis. “Keeping the doors of our churches open also means keeping them open in the digital environment so that people, whatever their situation in life, can enter, and so that the Gospel can go out to reach everyone.”

The world doesn’t need any more selfies; it needs to see the face of Christ.